As I write these lines, over 18 million people in the Sahel region of West and Central Africa are facing a desperate shortage of food. Yet we know how to break the vicious cycle of food crises. Nevertheless, this cycle continues to persist.

Last March, I went to Burkina Faso where I experienced the existence of severe malnutrition. I visited cereal and cattle markets in the region of Diapaga, near the borders of Niger and Benin. I witnessed the impoverishment of market stalls, fewer supplies, and I met villagers, the first victims of crop failure.

I particularly remember one villager who told me that he harvested nothing this year and had nothing to feed his 15 family members. 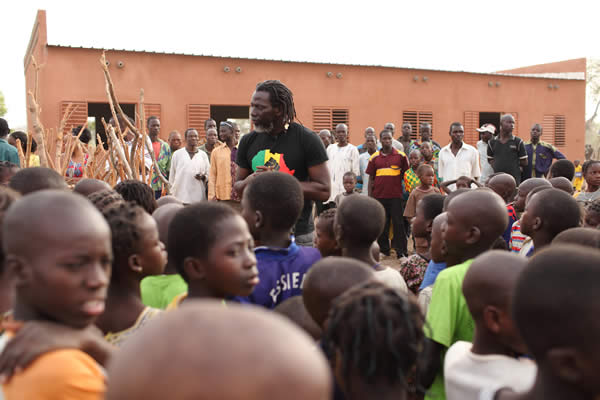 If the international community does not take the necessary steps quickly, the situation undoubtedly will worsen. As proof, in the region that I visited, there was an increase of 200% in the number of malnourished children compared to last year. This is unacceptable. These children, when healthy, are the future of Africa. If we can act right now, we can prevent children from dying.

I realize it’s tempting to shield ourselves from the unbearable images of hunger. But it threatens the lives of more than 18 million men, women and children in the Sahel.

We know that smart ideas such as better seeds, training in agriculture and improved irrigation techniques could really make a difference and enable millions of people not only to survive, but also to thrive.

Six countries in the region already have long-term, vetted plans to give people the tools they need to lift themselves and their families out of hunger and poverty. And at Camp David in May, 13 of the world’s most powerful countries have pledged to help fund these plans. But unless they act right now, these plans will just gather dust.

I invite you to sign ONE’s petition right now and call on world leaders to fund the urgent humanitarian appeal of the UN for the Sahel, and to support long term agricultural investment plans of the region’s countries to terminate the recurrent food crises.

Tiken Jah Fakoly is a singer from Côte d’Ivoire.