Dr Agnes Binagwaho, Minister of Health of Rwanda and Dr Fidele Ngabo, Director of Maternal and Child health in the Ministry of Health in Rwanda and Ms Cynthia Kamikazi of the GAVI Alliance discuss a comprehensive new program to eliminate cervical cancer in Rwanda. 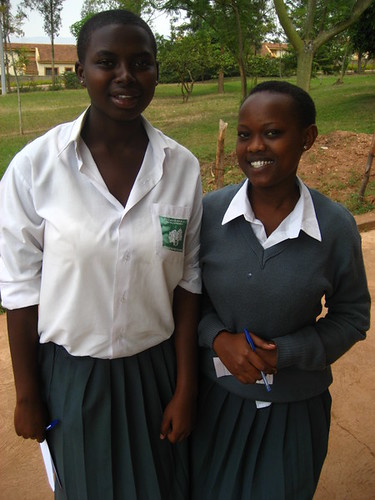 In 2002, the Rwandan government set up a strategy to tackle priority diseases that were the major killers of both adults (HIV/AIDS, tuberculosis and malaria) and children (gastroenteritis, pneumonia, malaria, meningitis and HIV).

For the past few years, anti-retroviral coverage for HIV patients in need of treatment has increased from 10 percent in 2003 to 82% in 2010. The rate of coverage for prevention of maternal-to-child transmission services has reached 78% of pregnant women. Malaria incidence has declined by 70% between 2001 and 2010. In 2010, the cure rate for tuberculosis treatment was 87%. For multi-drug resistant tuberculosis, the cure rate was 91 percent.

During the same year, 98% of TB patients were tested for HIV. Other indicators of progress include 94% of children vaccinated against pneumococcal disease, and community health workers treating gastroenteritis without delay at village level.

Having met most of the targets set in regards to infectious diseases, as well as achieving improvements in the heath system more generally, Rwanda has noted an increase in life expectancy. As the population has begun to live longer, chronic, non-communicable diseases, such as cancer, rheumatic heart diseases, diabetes and hypertension are becoming more visible. And as a result, the Ministry of Health has initiated a new strategy of tackling priority chronic and non-communicable diseases, so as to continue to provide a better and longer life to the Rwandan population. Cervical cancer is one of such diseases.

According to research conducted in Rwanda, cervical cancer accounts for 27% of all the women’s cancer in the two university hospitals. The World Health Organization has reported that the incidence of cervical cancer in Rwanda is 49 per 100,000 in the population.

Knowing the magnitude of cervical cancer, and the fact that cervical cancer is one of the few cancers that can be fully prevented through vaccination and screening, and treated in its early stages, the Government of Rwanda decided to start their fight with a comprehensive program against cervical cancer.

In light of this, the Ministry of Health, in collaboration with its partners, has developed a national plan for prevention, screening and treatment of cervical cancer in Rwanda. This comprehensive plan includes HPV vaccination of girls aged 11 to 15, early detection of women aged between 35 to 45 years, as well as building in country the capacity to treat any stages of cervical cancer according to different levels of the health system. Through the work of the first lady, the Ministry of Health has negotiated with partners to support this first ever national comprehensive plan for cervical cancer. As a start, MERCK has donated 2 million HPV vaccine doses while QIAGEN has donated 250,000 HPV DNA-tests for screening.

It is in this light that on April, 26, the Government of Rwanda officially launched a Rwandan comprehensive cervical cancer program. The program started with vaccination of school girls in Primary 6, beginning with the Kanyinya sector in Nyarugenge District, followed by 2 days of vaccination in all primary schools in Rwanda, as well as a national summit on women’s cancers.

In collaboration with the MINEDUC, the Ministry of Health has made the HPV vaccine available to all health centers; and because 95% of girls are enrolled in school during the ages targeted, all primary schools have been identified as vaccination sites.

Using the national network of three community health workers per village and the commitment of the local leaders, girls who did not attend schools during the two days of vaccination have been identified at home and vaccinated in the community. As a result, 94% of girls have received their first dose of HPV vaccine while the rest will receive it during the catch-up phase in collaboration with CHWs.

This comprehensive cervical cancer program will avail prevention, screening and treatment for the entire population at risk. All of this will be done for a period of 3 years, while Rwanda works on its sustainability plan after this period.

The parents and community members interviewed during the vaccination days were very happy to have an opportunity to prevent cancer among their daughters, and there was an excellent adherence to this program on a voluntary basis.

Rwanda is the first country in the world to offer a comprehensive plan to eliminate cervical cancer despite social and economic challenges. The Rwandan plan is for the country to be free from cervical cancer within 40 years (by 2050) as a result of consistent vaccination, regular screening and timely treatment.