Just outside Somerset West in Asanda Village, South Africa, Rachel Kolisi and a woman named Grace stand side by side in a three-room home unpacking boxes from the Kolisi Foundation. The two represent women who won’t back down — unrelenting and unfailingly humble. Together, they unpack boxes filled with blankets, toiletries, and clothing from the foundation for a woman fleeing gender-based violence, who will be staying in Grace’s home. 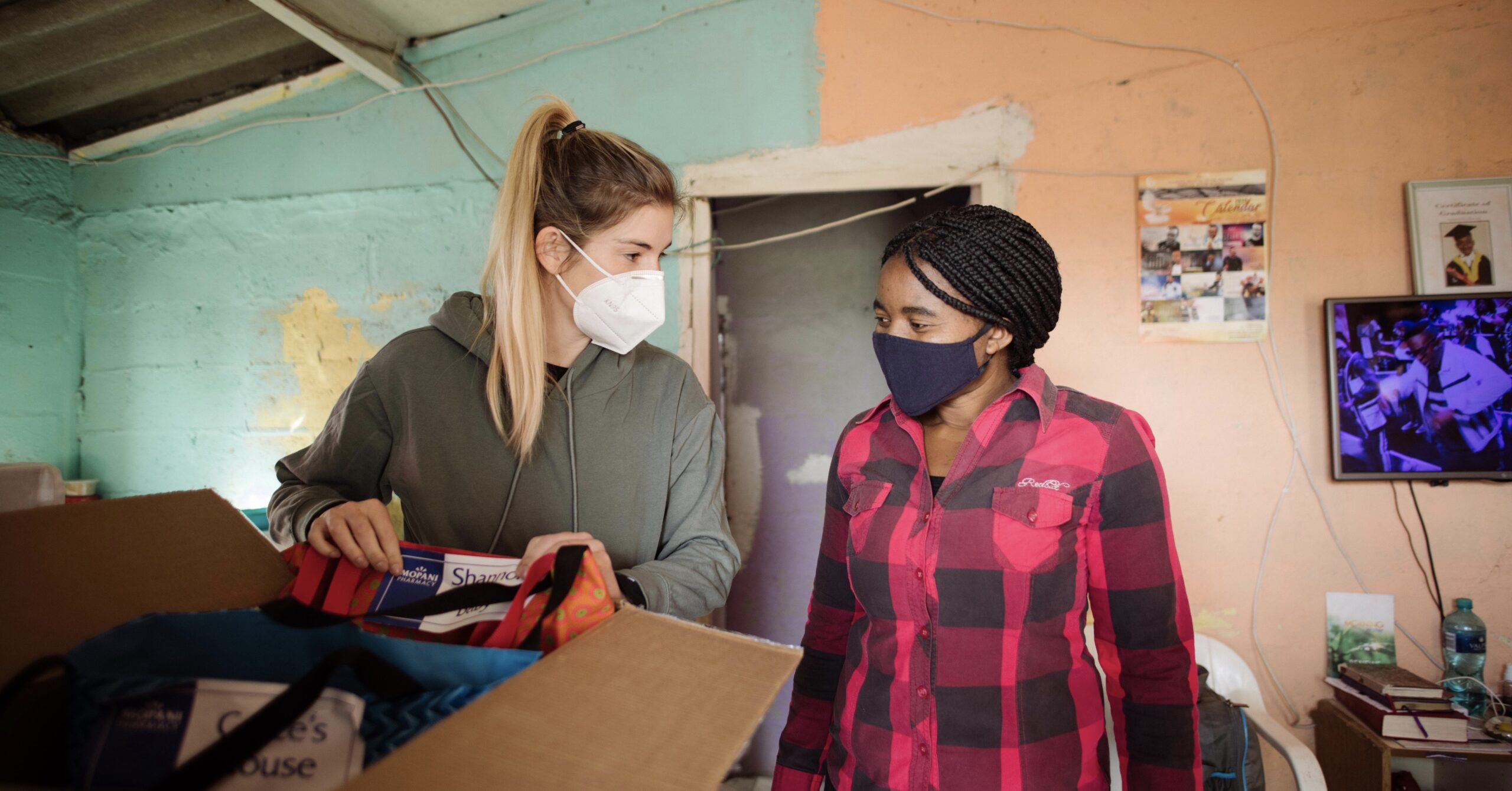 Combating gender-based violence is just one of the ways Rachel and the team at the Kolisi Foundation are working to address inequality in South Africa.

Changing the narrative on inequality in South Africa

Rachel started the Kolisi Foundation in April 2020 with her husband, Siya Kolisi, captain of the Springboks national rugby team. “After the Springboks won the Rugby World Cup in 2019,” Rachel said. “My husband and I knew we wanted to do something great for South Africa and use that responsibility for something good.” 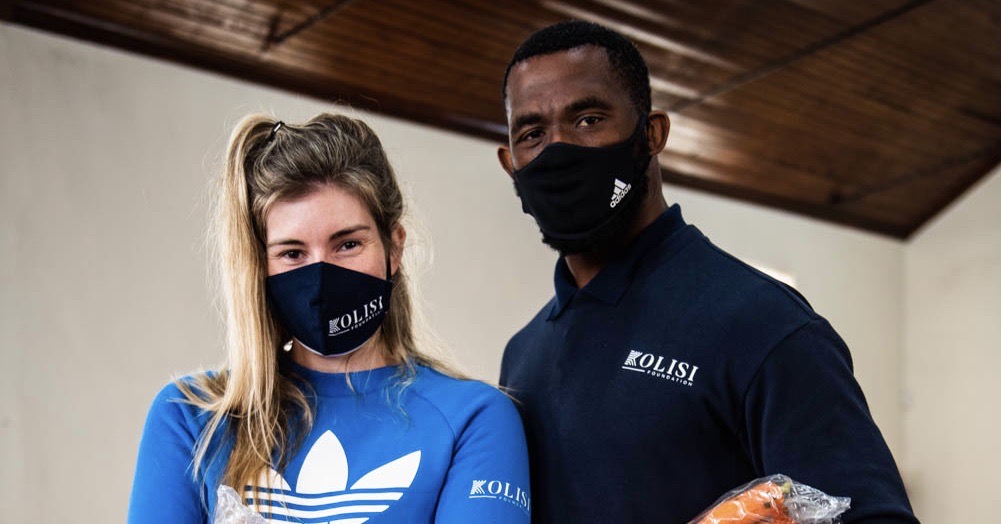 Through the foundation, Rachel and Siya are changing the narratives of inequality in South Africa, focusing on three areas: gender-based violence, food security, and support in education and sports development.

When it comes to fighting gender-based violence the Kolisi Foundation partners with inspiring nonprofits and community leaders like Grace, backing them with resources, connections, and collaborations. Other partners that fight gender-based violence include Langa for Men, The Justice Desk, the Saartjie Baartman Centre, Cesvi South Africa, and the Community Intervention Centre. 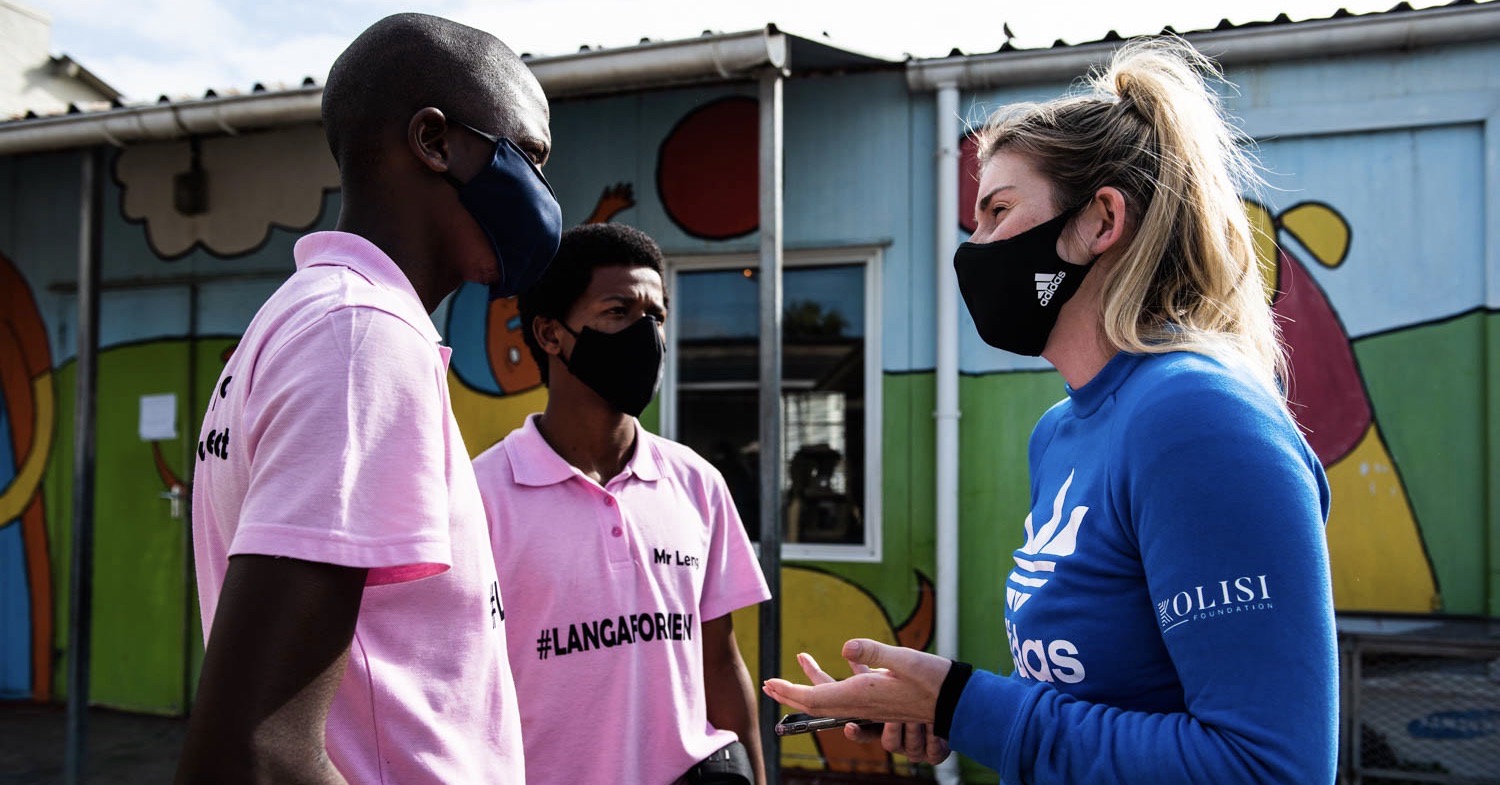 The power of individuals making a difference

Rachel is a powerhouse, a mom of four, fearless, and authentic. She’s a fierce believer in everyone having a role to play, and in the power of the everyday person to change the nation.

“You’ve got to find your battle,” Rachel said. “I believe that in finding your passion you also find your fight. When you find something that breaks your heart, that’s where I believe your passion is.”

When the COVID-19 pandemic first struck South Africa and airports shut down, Rachel and her husband were on the frontlines with the Kolisi Foundation, traveling the country by car to deliver food parcels and PPE, supporting community kitchens, and making sure the most in need weren’t left out. 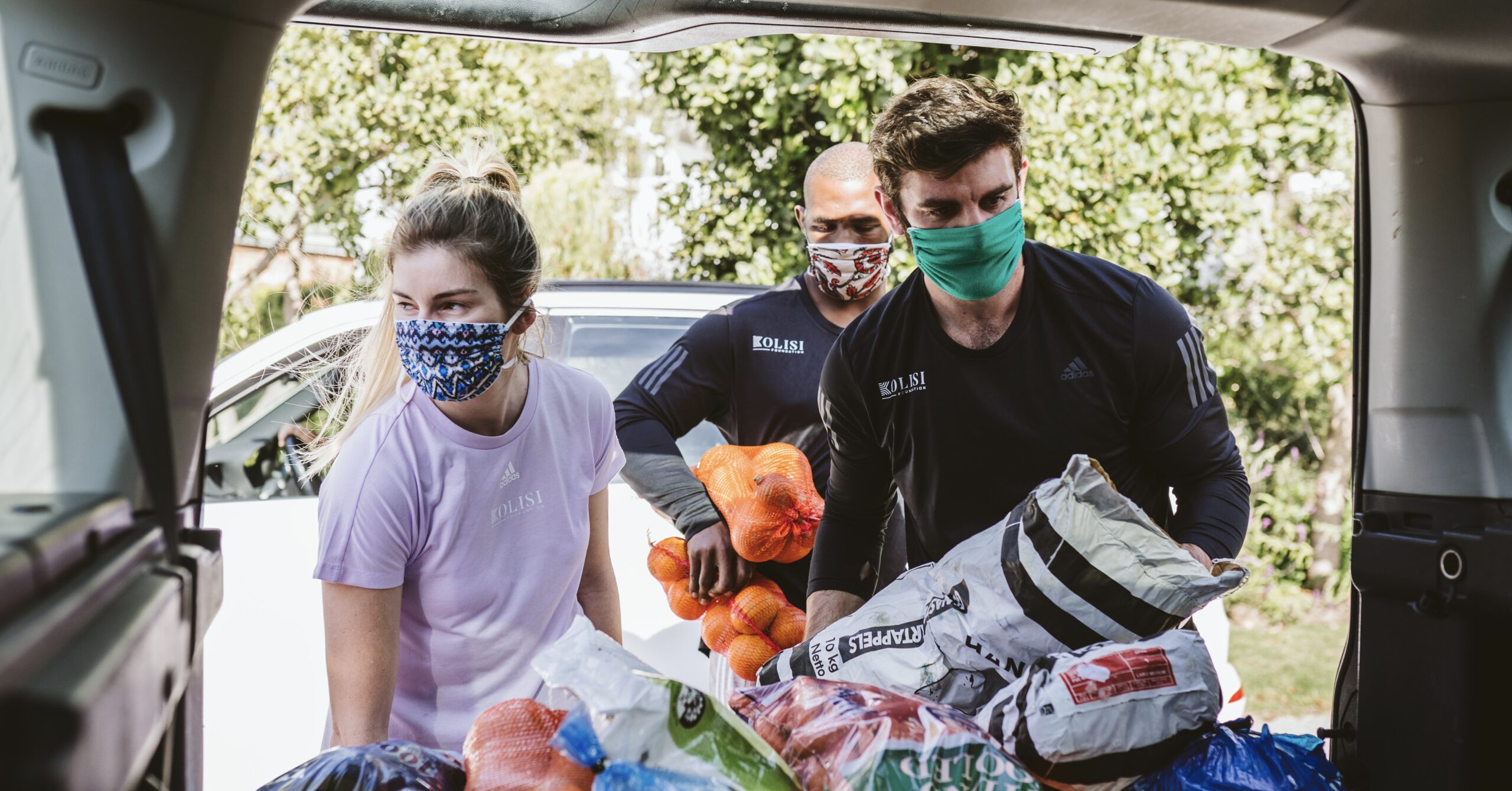 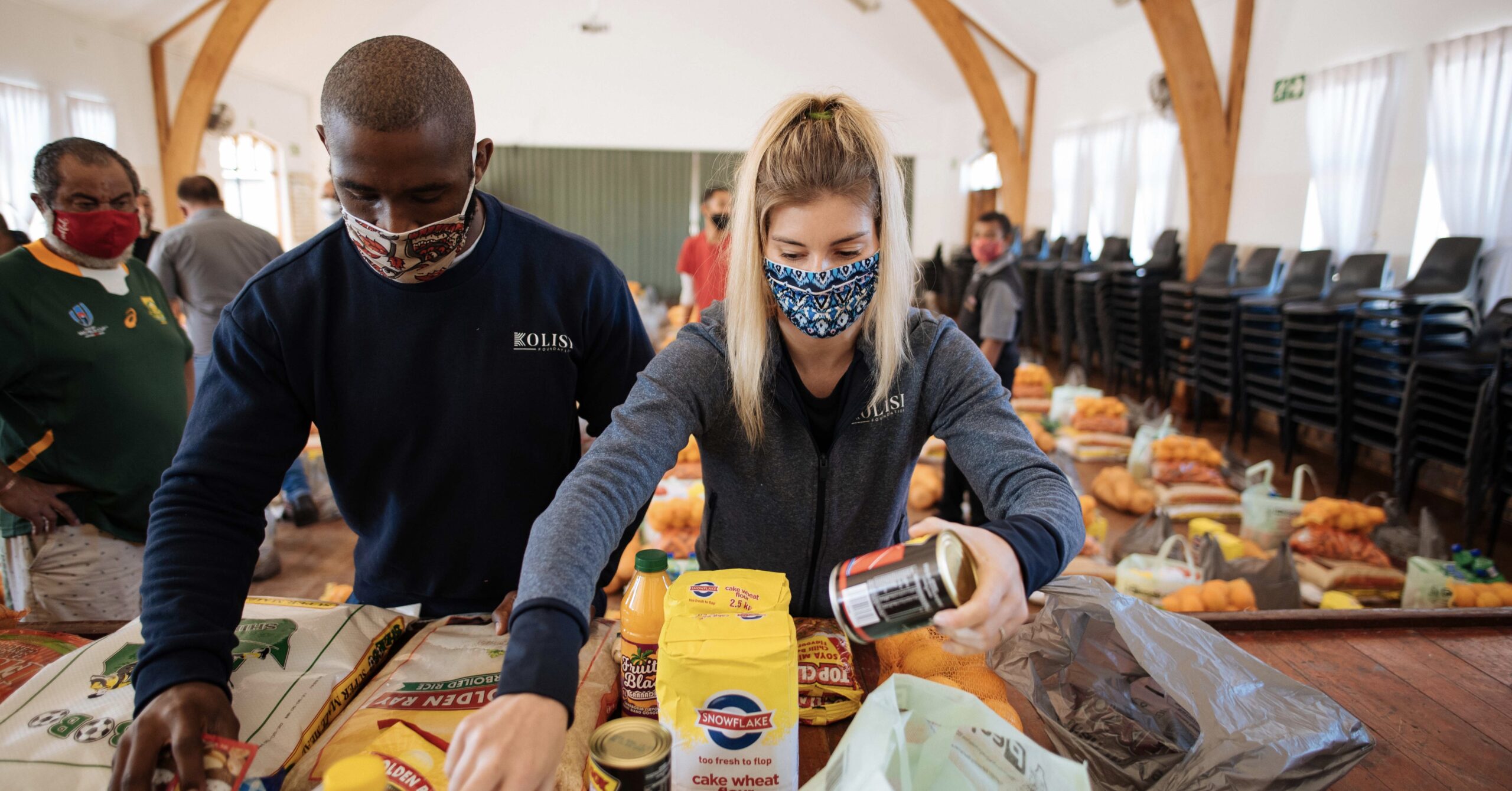 “COVID-19 has . . . highlighted how bad it is in our country. People were hungry long before this pandemic,” Rachel said. “It makes you realize what actually matters, what you’re actually doing here on this Earth. You realize you’ve got to find something that fuels your passion, and I think you’ll find it in partnering with people who need a little bit of support.” 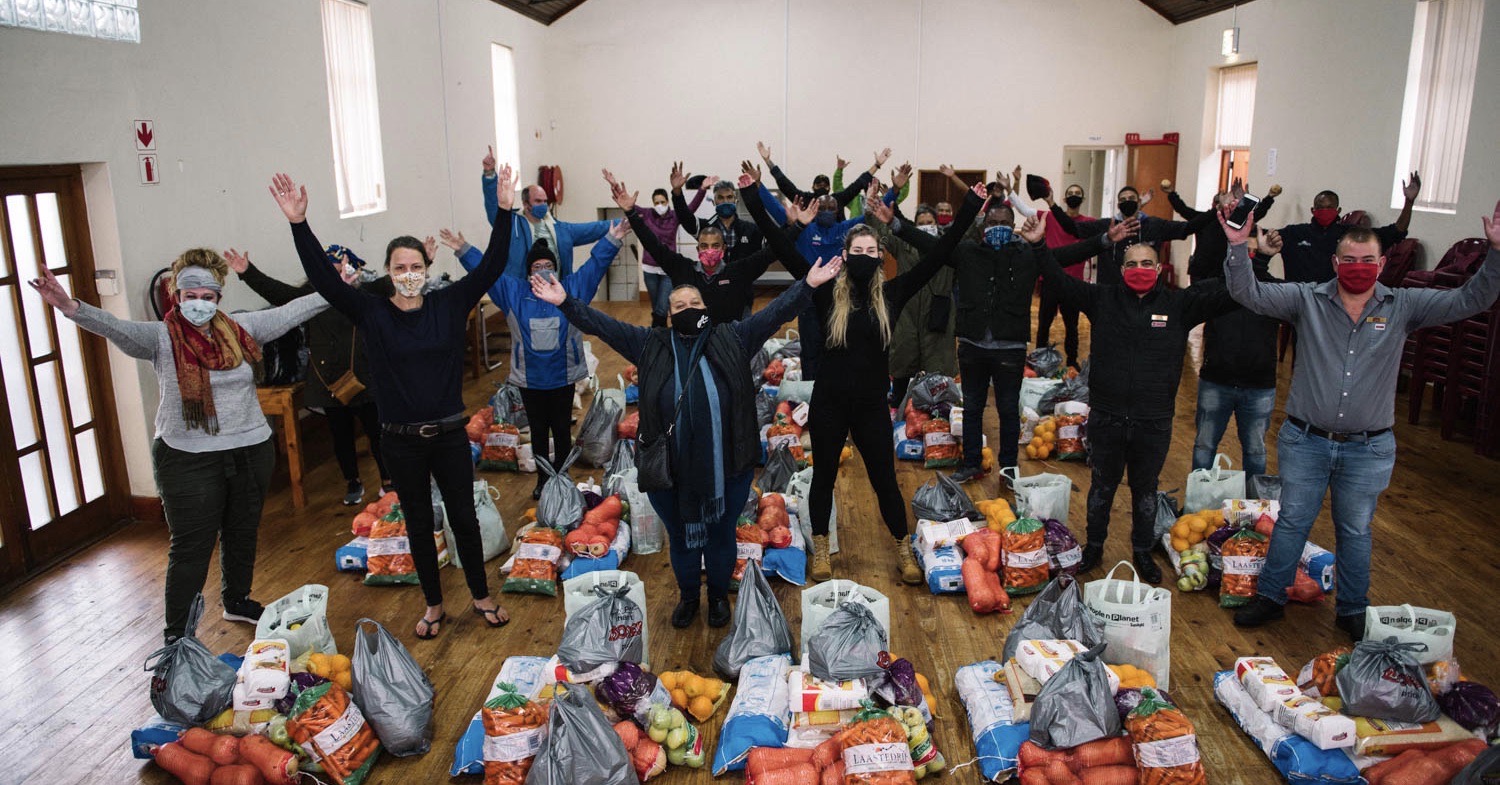 “I believe that everybody’s got to find their battle,” Rachel said. “But unfortunately with the way that South Africa is . . . we all need to be fighting [gender-based violence]. Every single person needs to be fighting. My advice for everybody is to find what that is, to find where your battle in this warzone is.”

In South Africa, a woman is murdered every three hours, equivalent to 2,930 women a year. South African President Cyril Ramaphosa has called South Africa one of “the most unsafe places in the world to be a woman.” According to the April 2019 to March 2020 crime statistics report, South Africans reported 22,864 cases of assault by a boyfriend/girlfriend, ex-partner, or a spouse, 14,020 cases of assault with intent to inflict grievous bodily harm, and 817 cases of murder by a current or past partner.

“If the stats weren’t the way they are, maybe you could be a little more picky about whose problem it is. But it is all of ours,” Rachel said.

When asked what advice she has for leaders to make sure gender equality is a part of COVID-19 response plans, Rachel said, “I have a lot of questions for them. I have no advice. They’ve let us down, and we’re disappointed by them.” Rachel gave the example that in South Africa, a traffic fine can cost the same as bail for a man jailed for rape. “How do they value that the same?” she asked.

Providing survivors with the resources they need

After listening to women’s rights practitioners and the needs of survivors of gender-based violence, the Kolisi Foundation put together POWER2YOU Packs to empower women with pepper-spray, whistles, journals, and resources on seeking justice, legal help, and healing. In August, South Africa’s Women’s Month, they delivered the first POWER2YOU Packs, and held a Men in Conversation series about the role men play in addressing gender-based violence. They also created a resource with all of the emergency numbers for issues related to gender-based violence in South Africa, advice on what to pack, and which organizations will help. 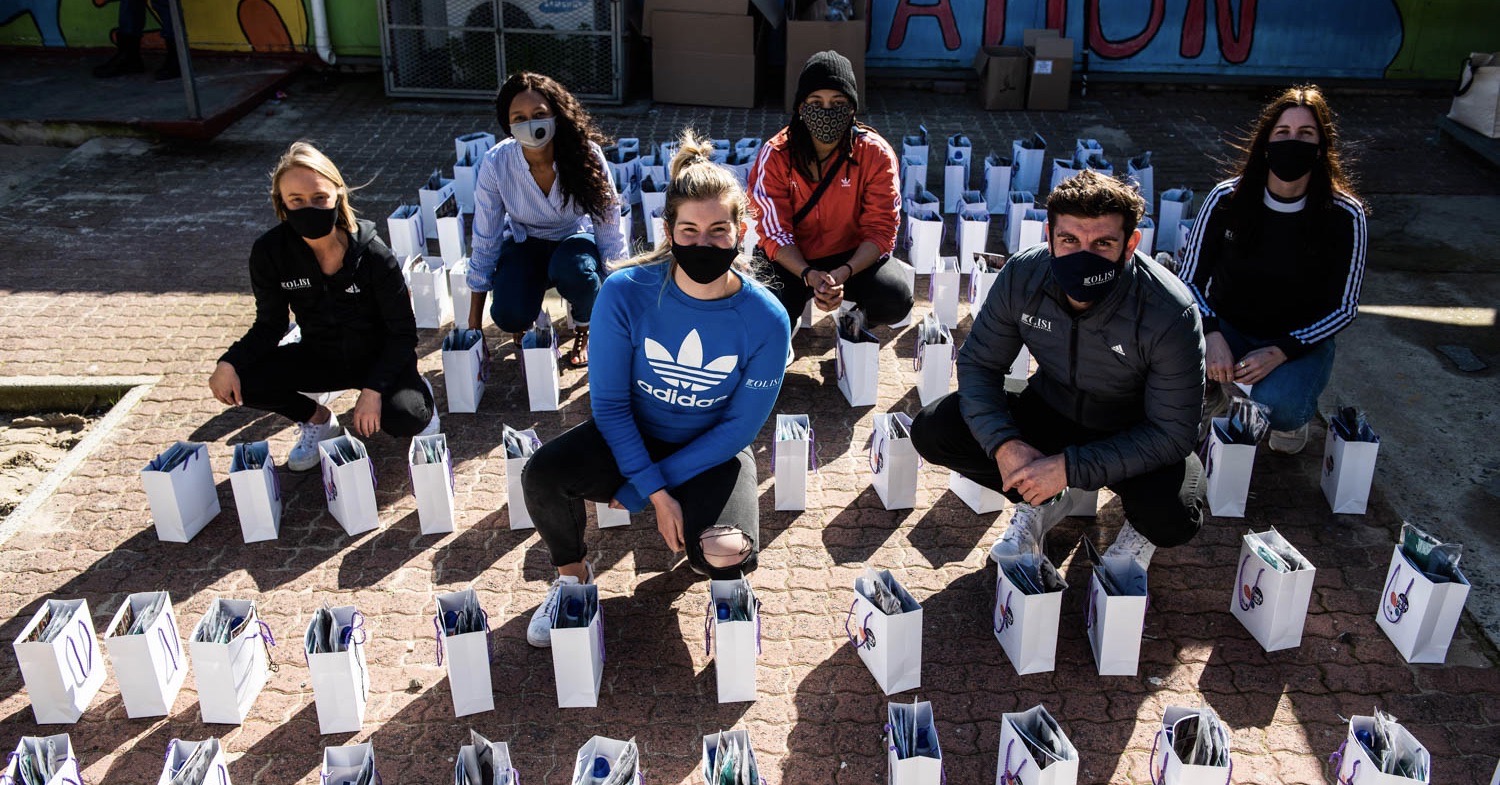 Rachel said that there’s no excuse not to know who to call or where to go when it comes to gender-based violence.

When Rachel heard a woman with a 3-week-old newborn had been raped by her husband and needed a safe place to go, she joined others in putting the call out to nonprofits, and to her 285,000 Instagram followers. Grace from Asanda Village responded. Not only did she have a soup kitchen and 10 people staying in her home already, but four children seeking refuge and two children of her own.

Grace didn’t believe it was someone else’s responsibility, or that someone else would do it. She stepped up and volunteered to take in the woman and her child.

Now, Grace is staying in a safe house, receiving counseling, and being upskilled to run a women empowerment center in her community. “It’s super exciting to know that the future for her is going to be strong,” Rachel said. Rachel’s goal is to finish raising 660,000 ZAR ($44,000) for Grace’s women empowerment center, and she’s already halfway there.

Rachel believes what matters is your willingness and none of us should be capable of sitting back. Everyone has a role to play, as a community fighting together. 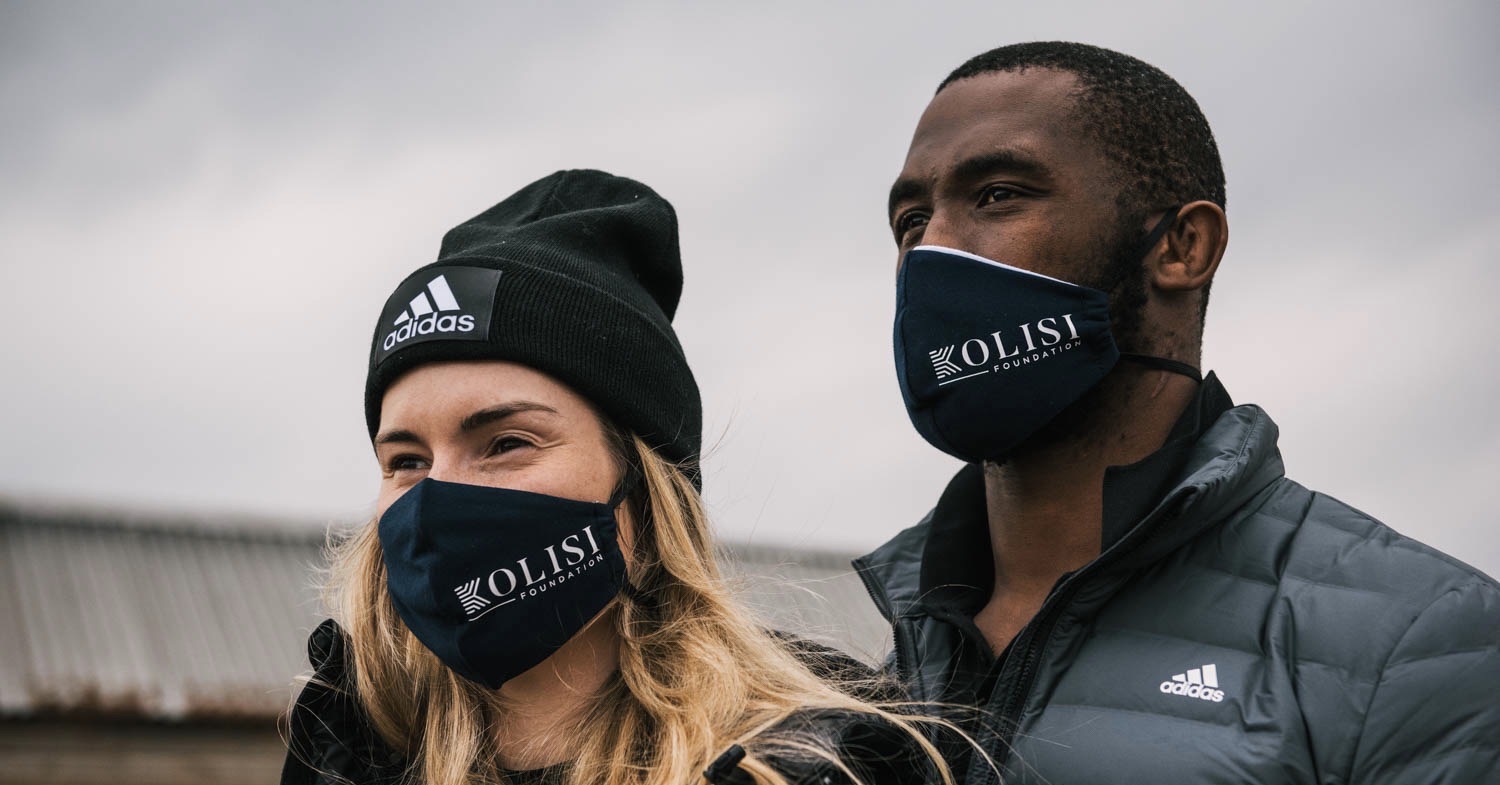 “I wasn’t always Rachel Kolisi. I was Rachel Smith once upon a time, and not many people knew who Rachel Smith was,” she said. “But if I had time, I would volunteer. If I had resources, I would donate. If I saw a need, I would do a small collection. I would always do what I could when I could … I would always do something. [With the Kolisi Foundation], the heart of how I started ‘just doing’ hasn’t changed.”