This is a guest post from Peter Opondo Head of News at NTV Uganda. 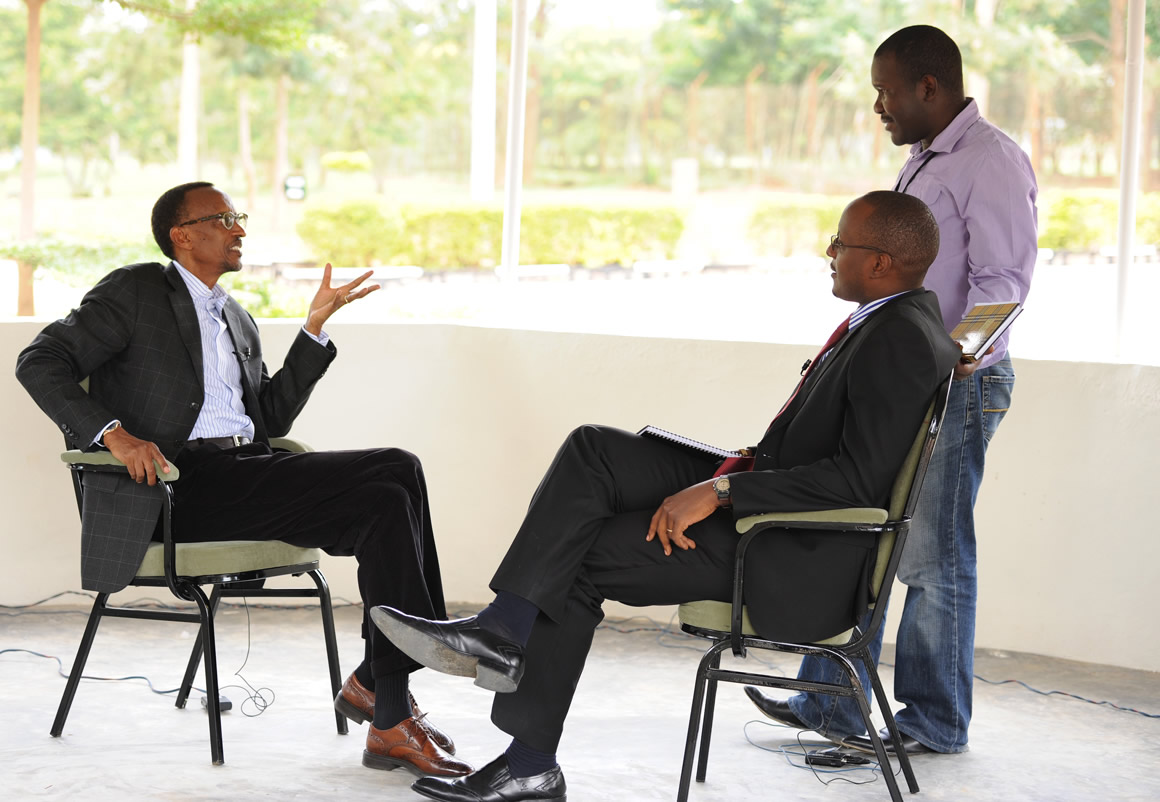 They call it Umwiherero, literally meaning a retreat or a get a way for a private meeting in the main local language, Kinyarwanda.

And indeed the 9th Rwanda National Leadership Retreat was a true get-away, held at the secluded Military Academy in Gako, Bugesera district, located 50 Km SE of Kigali City and just 20Km from the Burundian Border.

For a Kenyan journalist currently working in Uganda, it was an eye opener on how Rwanda is governed.

It was at one and the same time about a national leadership seeking to cultivate a shared vision and common goals for the country as well as about President Paul Kagame’s towering efforts to steer the country towards a particular direction.

I was part of the NTV Uganda crew that got an invitation to attend the meeting after we had earlier put in a request for a one-on-one interview with the president. We were told the president would find some time on the sidelines of the meeting to grant as the interview.

But we were also excited that we would have the privilege to sit in and observe as Rwanda’s top leaders including cabinet ministers, top technocrats, mayors and diplomats set strategic priorities for the government over the next one year even as they reviewed performance of the past year.

On a drizzly morning of March 4th the main hall at the Military academy was filled to capacity for the official opening of the retreat. As they waited for the arrival of the president, the gathering was psyching itself up with patriotic songs.

In one of the songs that had some Kiswahili words, I could gather they were singing that nobody would build Rwanda other than Rwandans themselves- a thread the president would pick up later in his speech.

As the singing went the tall and lanky Kagame gingerly walked onto the podium without much fuss.

And after the usual preambles the included the national anthem, the President rose to the podium for the opening speech where he went on to dissect what he thought was the main challenge not only for Rwanda but also for Africa- poverty.

In his analysis, African countries were not truly independent as long as poverty remained entrenched.

“Depending on the generosity of others demeans us as Africans, it is pathetic … we must change our mindsets about poverty, let us fight for out integrity as a people,” he said in a soft, almost pained tone.

“It’s my impression that we could have made more progress than we have already. We are doing much less than we are capable of,” he further stated.

Energy is a key factor in the fight against poverty. In 2011, Rwanda had set a target of generating 30.4 MW and connecting 65,000 households. But during the year, only 5.4MW was generated even as 72,227 households were connected meaning demand was stretching supply even further.

President Kagame was clearly not happy with the situation.

“As your president, I must take responsibility for not pushing for more funding to the energy sector. I will take responsibility and correct this.” he stated and added ominously “but some of you are also going to be casualties for not doing the right thing.”

A government official told me later on the sidelines of the meeting that the leadership retreats were also an opportunity to appraise the performance of senior officials and often those found not to be delivering ended up losing their jobs.

“We talk too much, we attend to many workshops yet there are no results… people don’t eat debates, they eat food,” he quipped.

Although the president had a written speech, he was not reading it. He was ad-libbing, simply stating his thoughts- the sign of a leader who knows his stuff and trusts himself to make the point without going off message.

This much was even much more evident at the plenary session, still under the chairmanship of the president, as the performances of the various sectors were reviewed. Every often the president would interrupt a presentation by asking, “Isn’t this the same issue that we have had over the past two years? Why haven’t you solved it?” or “Did you listen to my speech, we want action and results, not just empty talk.”

And later when we sat down for our interview he simply restated his vision for a poverty free Rwanda. “Rwanda might be land locked but ideas are not”, he stated.

Given the central role and dominant that president Kagame is playing in shaping the future of Rwanda, concern has been raised as to whether he was doing this at the expense of setting up strong institutions that would ensure the implementation of the set goals even without him in office.

In fact, currently there is a push by some supporters of President Kagame to amend the constitution to remove the two-term limit. Kagame is currently serving his second 7-year term, which expires in 2017.

We put that question to him during the interview. “It is not a matter of if but when I leave office, because I will have to go at some point. What we are doing here (leadership retreat) is just part of that process of ensuring that we all know where we are headed as a country and what we are supposed to do to realize that dream.”

Besides the official business at Umwiherero, there were other things worth noting.

Number one was the youthful nature of leaders in Rwanda, especially the top technocrats.

Sample this, President Kagame’s chief of staff, Ms Ines Mpambara is 34. The Finance Permanent Secretary and Secretary to the Treasury Ms Pitchette Kampeta Sayinzoga is 32! The director of communications in the office of the President Yolande Makolo is 39 and she describes herself as “one of the older people here”

Notice that all these three youthful top technocrats are women. And that is not by accident. Rwanda is truly empowering its women and it is actually leading the world on that front.

After the last elections, Rwanda became the first parliament in the world with a female majority after women got 44 out of the 80 (55 per cent) seats in the assembly.

The other thing I noticed in Rwanda was that nearly all top government officials carry blackberries. These phones are not status symbols but tools of work. One official told me they were all on BBM, so they don’t waste taxpayer’s money calling each unnecessarily.

Right from the president himself they are all also on the social networks especially on twitter and facebook tracking and responding to any queries about their respective duties. They are technology savvy, keeping with the times.

And coming from Nairobi and working in Kampala one can only but admire the physical infrastructure in Kigali. All streets are neat and lit. I didn’t bump into a single pothole. Sky scrappers are rising in Kigali in accordance with the city’s ambitious master plan.

The plastic bags that litter the streets in Kampala and Nairobi are not in Kigali. They’re actually outlawed.

Clearly, Rwanda is going places and President Kagame is firmly on the driver’s seat.