Big Brother Africa will have a new housemate, that they can see, but do not know. Yet. The ONE garden!

This year, ONE in Africa in collaboration with MNET will be taking steps to be part of a campaign to raise awareness about famine in Africa, and the need to make smart investments in Agriculture. This is the first time Big Brother Africa will be talking about hunger in Africa. 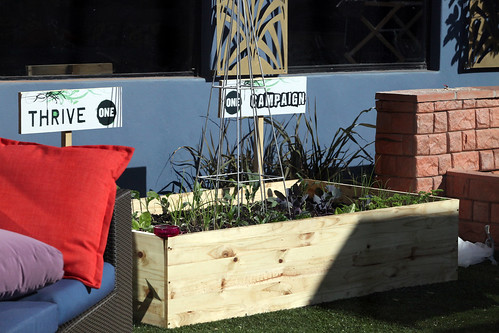 The ONE garden in the Big Brother Africa house

It is truly sad, that in the 21st Century, Africa is still ravaged by a preventable crisis that has seen millions in Africa locked in a vicious cycle of hunger and poverty.

Big Brother Africa presents an excellent platform for ONE’s work in Africa, as millions from all over the continent stay glued to their screens for 91 days on Africa’s top rated reality TV show.

We hope to get some of Big Brothers viewers to sign our petition to make hunger history in Africa. You can make a difference too by signing ONE’s petition to African leaders.

There are lots of twists and turns coming up in the following weeks as ONE and Big Brother Africa, challenge the housemates; teaching them how to feed a nation as well as giving them opportunities to speak on behalf of the world’s poorest.

You can be part of the action too, by tuning in to DSTV Channel 197 or 198, or Big Brother Africa’s website.