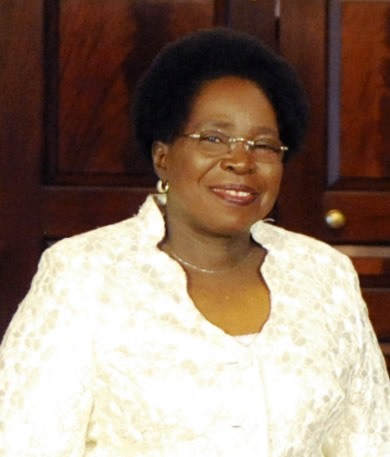 Earlier this week, South African Home Affairs Minister Dr. Nkosazana Dlamini-Zuma became the first-ever female head of the African Union (AU) Commission after emerging the winner of a hard-fought election for this important post. The incumbent was Dr. Jean Ping (from Gabon) who served the continent since 2008. ONE thanks Dr. Ping for his leadership of the African Union Comission over the past four years and congratulates Zuma, the AU and the African continent on her election as Chair of the AU Commission.

There is no question that Zuma will need to hit the ground running. ONE is hopeful that she will bring a new sense of inclusiveness to the AU. This means not only sensitively healing rifts caused during the election (which included 6 months of deadlock after an inconclusive vote in January), but also bringing African citizens more into conversations about the future of their continent.

This is especially critical as the world begins to discuss the post- Millennium Development Goals development agenda. The AU, African governments and international partners have a central role to play in in this process, but Africa’s post-2015 strategy will not succeed unless African citizens – the most important stakeholders – are brought into it.

In terms of issues, Zuma will have to work on parallel tracks. One track to address the ongoing political challenges facing the continent in countries like Somalia, the Democratic Republic of Congo and Mali, where Zuma’s diplomatic experience will no doubt be an asset to the AU. In addition, she’ll need to focus on another equally critical track – the social and economic issues facing the continent. We know that food security, economic growth, health and other issues are essential to unlocking progress on the continent and securing a prosperous, peaceful future for African citizens. The AU needs to play a strong leadership role in both raising these issues and encouraging real commitments and actions from Member States.

ONE looks forward to working closely with Zuma on this front. Last week, we joined ONE members in Addis Ababa, Ethiopia to deliver a petition from more than 33,000 African citizens asking AU to lift 31 million people out of poverty and prevent 12 million children from stunting by investing in agriculture and food security. After receiving the petition on behalf of AU Chair and Beninese President Yay Boni, Beninese Foreign Minister Dr. Nassirou Bako-Arifari called for 2013 to be the “Year of African Agriculture” at the AU, focused on recommitting to and revitalizing the Maputo targets.

ONE is hopeful that Zuma will not only be a new ally in this endeavor but actually a champion, celebrating the successes and best practices and encouraging the Members States which are lagging behind to do more.