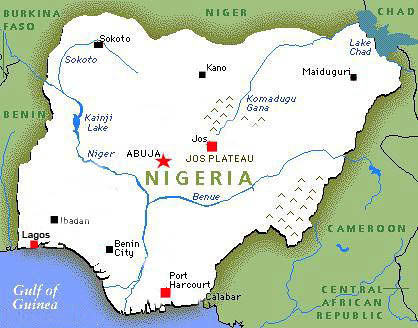 The Nigerian elections were scheduled to commence on Saturday, April 2nd with the parliamentary elections preceding the April 9th presidential elections and the April 16th gubernatorial elections.

The elections started hours late and after millions of people successfully cast their votes, the Independent National Electoral Commission (INEC) issued a directive to all wards to stop voting. The official reason stated for postponing the elections was said to be a delay in getting the ballot papers to all the wards, especially in remote areas of the country, because of their late arrival into the country.

Saturday April 4th (along with the next few Saturdays) had been declared curfew days in order to try to maintain security and curtail electoral fraud; in the past, ballot boxes have mysteriously disappeared from polling stations. With fewer cars on the road, INEC felt they would have more control of the voting outcomes. This also brought the country to a standstill over the weekend as most people were confined to their homes and walked to their nearest voting wards.

The initial directive stated that the new dates for parliamentary elections would be April 4th, but late on April 3rd, news started filtering in announcing that the election schedule had been re-calibrated and would instead commence on April 9th (parliament), April 16th (presidential) and April 26th (gubernatorial). Some of the questions that trail this disastrous start to the elections is what is to become of the voting papers that registered the votes of millions of people on Saturday April 2nd? Can INEC ensure that this papers will not be used by any party to manipulate voting outcomes when they do in fact begin?

The Head of INEC, Professor Attahiru Jega, came into the job with an impeccable reputation and most feel he will do his best to implement credible elections. This remains to be seen as the next few weeks will reveal more.

These elections have started out peaceful but rocky. Despite outbreaks of violence in a few wards, in most areas, voting was orderly and surprisingly calm despite the long lines and the delays while people waited for voting to commence. As long as there are no indications of manipulation favoring one party over another, it is in fact possible that these elections will be successful and free of violence. [/EXPAND]