Millions of women around the world experience violence simply because of their gender. In Namibia, Southern Africa, one in three women in long-term relationships report physical or sexual violence at some point in their lives, at the hands of their partner. News reporting plays a big role in either fuelling or helping to prevent violence against women. So, ONE has joined forces with Namibia’s First Lady, Monica Geingos, to make the media part of the solution.

Women and girls rights are well protected by law in Namibia, so why is this such a widespread problem? The reasons vary across Namibia, but are generally rooted in traditional customs and religious beliefs that discriminate against women. These beliefs are enabling violence against women and girls to thrive.

Violence against women takes many different forms, such as physical or emotional abuse, sexual exploitation or rape. The impact can be devastating not only for the women and girls directly affected but also for their families and communities. Violence often forces girls to miss school and women to miss work and other responsibilities, holding whole communities back.

News, where ever we read it – newspapers, social media, websites – influences our views and opinions. It plays a central role in shaping the perceptions of women and their role in society. At its best, the media can create public awareness, positively influence us, lead to policy changes and even publicly support survivors. At its worst, the media can reinforce the negative stereotypes that support gender-based violence (GBV).

Unfortunately, the media is too often not at its best.

That’s why in March, ONE and the First Lady brought together more than 60 journalists, news organisations, the police, social workers and civil society from across Southern Africa to explore best practice when reporting GBV. By getting this wide range of people to discuss best practice in GBV reporting, and by training the media, we hope to start working together to use the power of the media to positively influence how communities respond to GBV.

One thing underpinned everything – at the heart of every GBV story is a real woman or girl. This might seem obvious, but too often, lurid, dehumanised stories are what make the headlines. 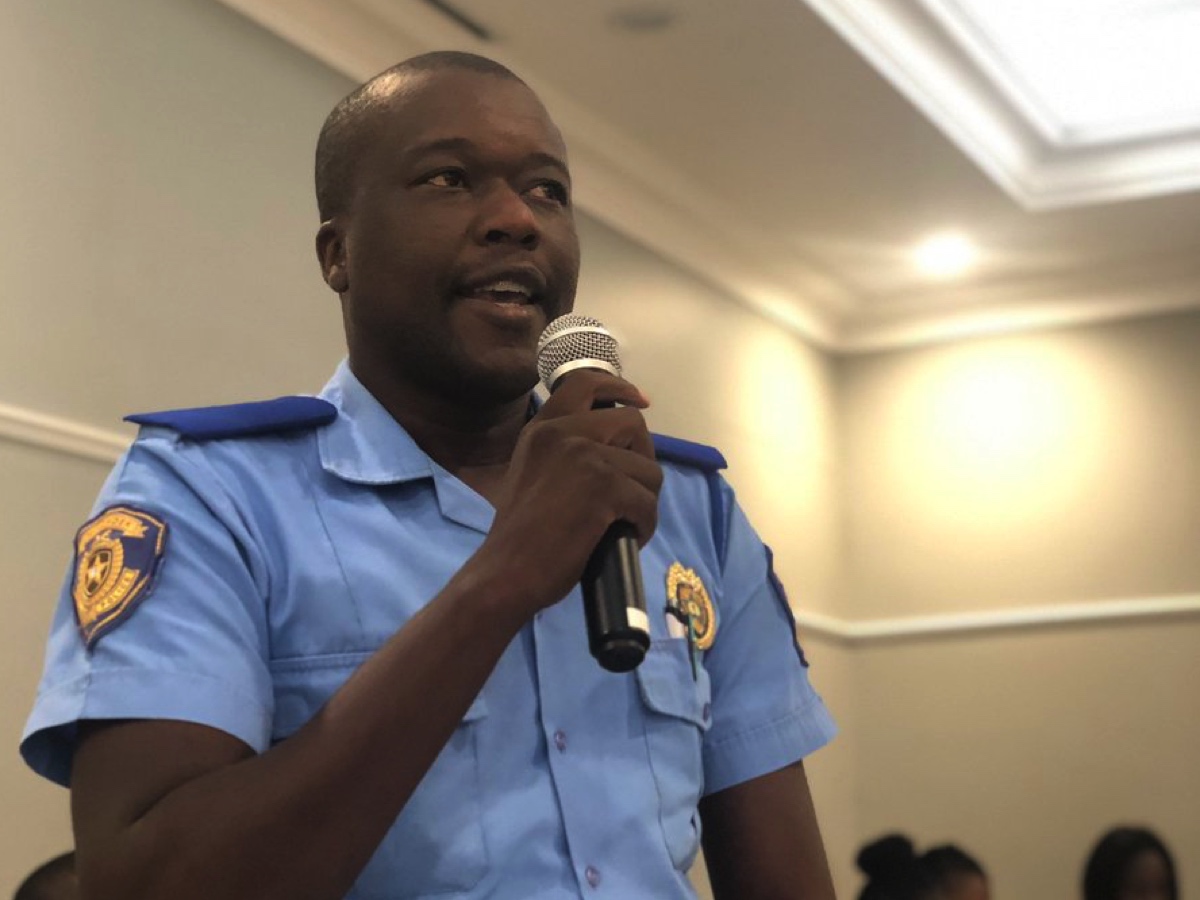 Fabian Amukwelele, Windhoek city policy spokesperson, notes that we have made GBV a “female issue” and called for a male engagement strategy.

Being sensitive to the people behind the story and treating each situation as different, with its own set of circumstances is crucial. Strong relationships built on trust between the media, police and social workers, can help reporters understand the complex causes of violence against women and guide how stories are written.

“When it comes to the single story, many cases of gender-based violence focus on assault and violence, and that individual story without necessarily bringing in the broader context of the push factors that create these problems,” said the First Lady. 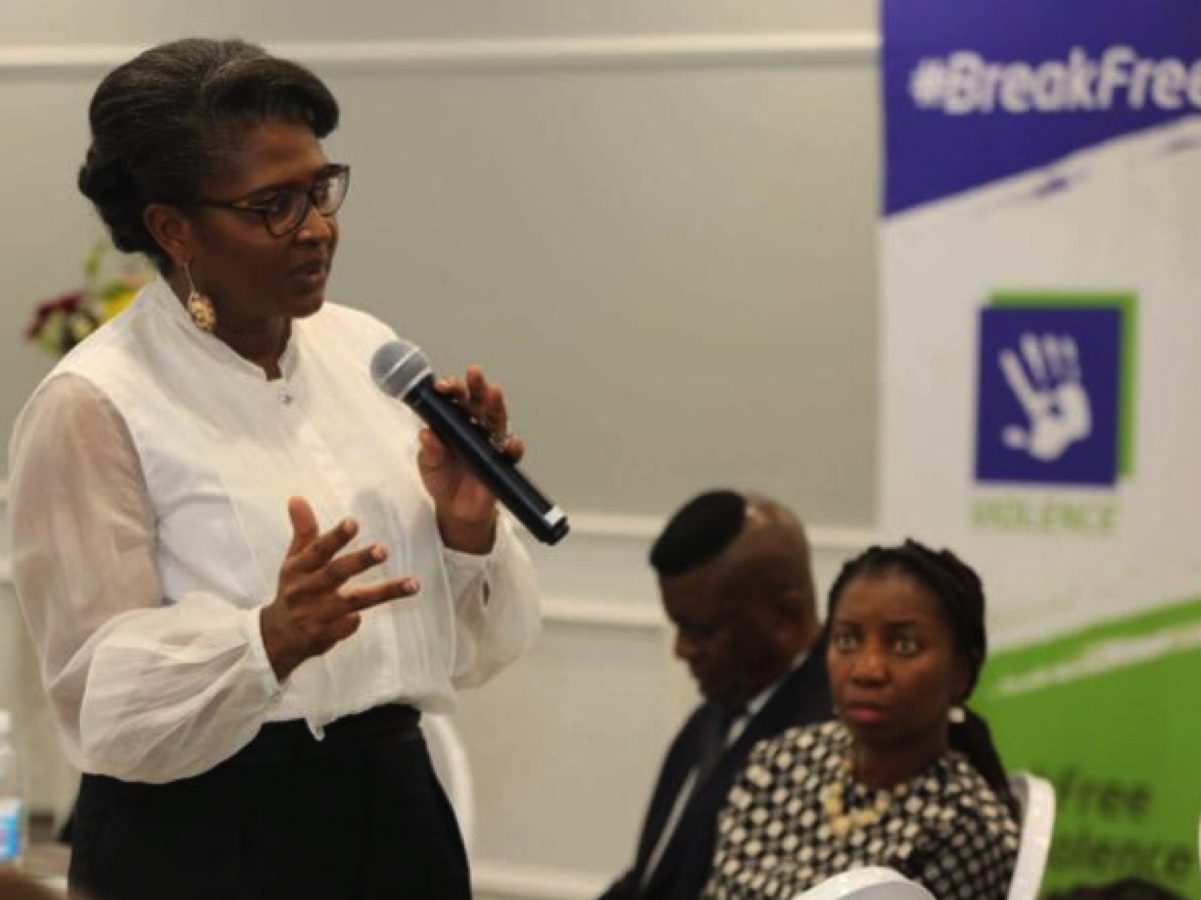 Getting the facts right of course, was a hot topic! But how a story is written also makes a big difference. The words ‘brave survivor’ paint a very different picture to the words ‘poor victim’. And when combined with inflammatory phrases such as ‘passion killing’, the realities a woman or girl has faced, are reduced to little more than a soundbite. 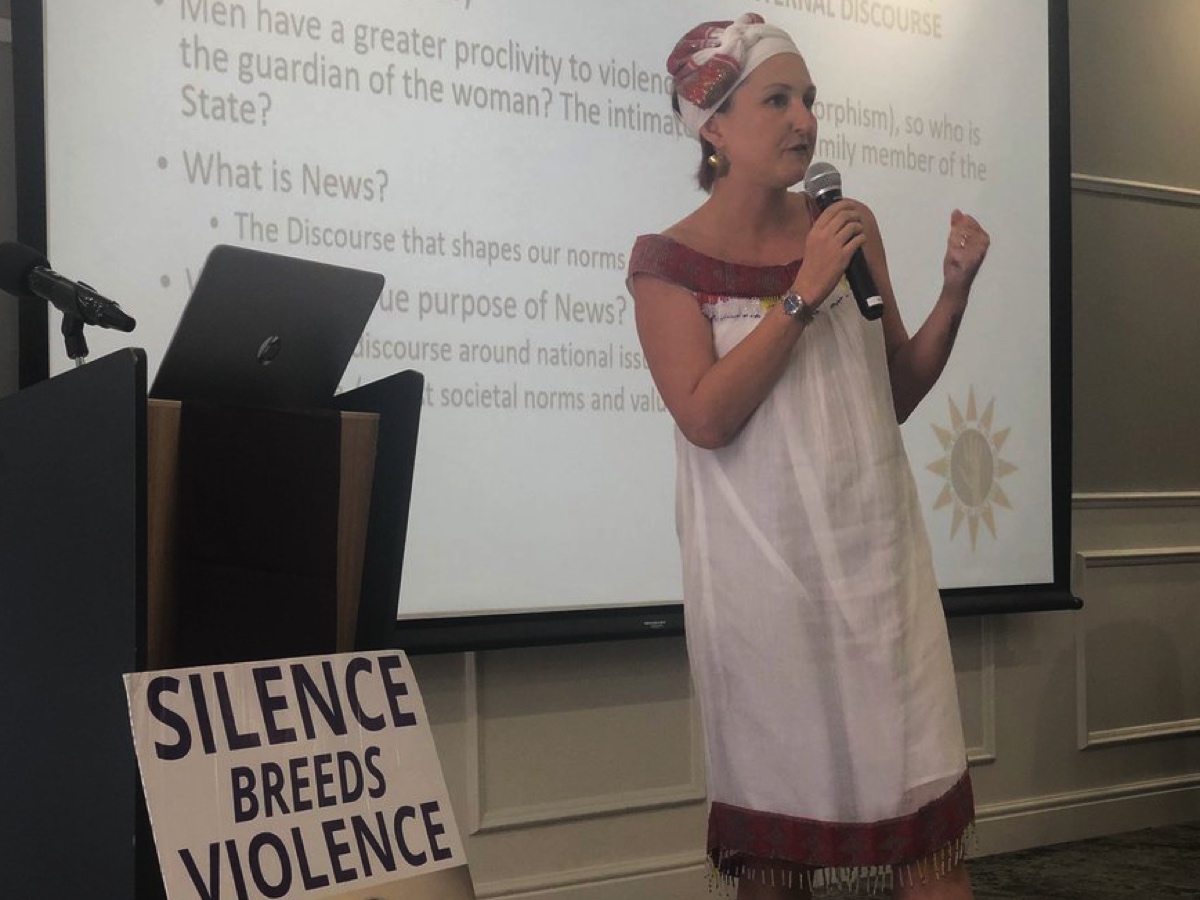 Alna Dall, a GBV activist and former journalist presented a practical guide on how to avoid common mistakes.

Everyone at the event has a vital role to play in how violence against women is reported. From the reporters to the editors and sub-editors who decide what to publish and what by-line to use, to the police and social workers.

The power of the media

The media has the power to combat the gender stereotypes that feed violence against women and create change. ONE is now working with Media Monitoring Africa, a media watchdog based in Johannesburg, South Africa, to look at how they can support the First Lady and help combat GBV in Namibia.

Namibia’s First Lady, has launched the #BreakFree From Violence Campaign to change this. She aims to get adults across Namibia to publicly commit to a violence-free lifestyle by signing a pledge to abstain from any form of gender violence.