Earlier this month I had the pleasure of working with ONE at the African Union Summit here in Addis Ababa. I was both honoured and humbled to be asked to join them in delivering your petition signed by almost 35,000 African citizens to the African Union Chair His Excellency President Yayi Boni of Benin.

The petition asks for African leaders to invest in agriculture and nutrition to lift 31 million Africans out of poverty and prevent 12 million children from stunted growth. I can gladly say we succeeded in doing this, and what a momentous occasion it was.

Before we delivered the petition, I met with some amazing ONE members from Addis Ababa, who were there to represent the thousands of ONE members who had signed the petition. It was exciting to hear from them about ONE and our Thrive campaign. Their spirit certainly carried through to the petition delivery. 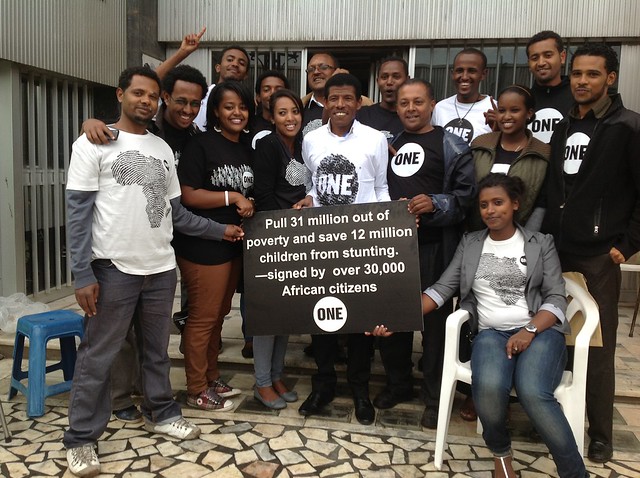 Two-time Olympic gold medalist Haile Gebrselassie with other ONE members at the 2012 African Union summit in Addis Ababa.

President Boni had planned to join us on Friday, but unfortunately through a number of complications, his arrival in Addis Ababa was delayed. Luckily enough, His Excellency had his Foreign Affairs Minister, Dr. Nassirou Arifari-Bako, stepped in and received the petition on his behalf. 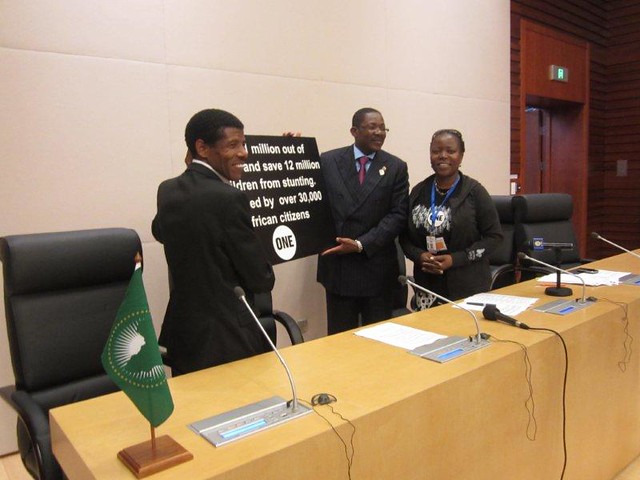 The following press conference was a great success, especially when the Honorable Minister announced during his speech that 2013 must be the year of agriculture across Africa. I am particularly excited about this commitment from the AU as a citizen of this beautiful and rich continent.

Thank you to all the ONE members for supporting this campaign. We now have our work cut out for us to ensure this becomes a reality!