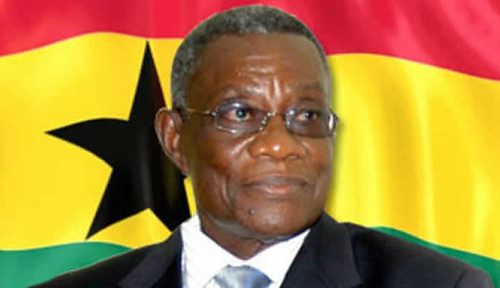 When an African leader passes on, their death is never a simple, clear-cut affair. It is nearly always shrouded in secrecy or followed by a constitutional crisis in which the citizens never know exactly who is going to take over.

Not so in Ghana, where President John Atta Mills passed away last week. He was 68.

The first African country to declare independence from Britain has also become the hallmark of what an African country can achieve if it stays on a steady course of reasonable governance and is committed to serving its citizens.

Ghana has steadily become a country where institutions work and governance is conducted through these institutions rather than individuals. The fact that the death of Atta Mills has not created any constitutional crisis in Ghana is testimony to the fact that that country’s democracy has become a tradition, and no longer an experiment.

Similarly his narrow victory — elected with a margin of less than 1 percent in the 2008 election — did not set off an explosion of violence as we’ve come to expect epitomized by the post-election violence in the Ivory Coast and Kenya. Further evidence of the maturity of democracy in Ghana is how a completely seamless transition has already taken place with Vice President John Dramani Mahama stepping up to the plate.

And despite the suddenness of Mills’ death, Ghanaians have not had to worry about what will happen or who will take over in the event of death. This is all because the constitution is crystal clear, respected and above all because their institutions function.

Not many African leaders are ever admitted and die in their own national hospitals. Yet in Ghana, where government has invested heavily in the national health systems, what’s good enough for Ghanaian citizens seems to be good enough for their presidents.

For this reason, we at ONE pay tribute to President Mills for his contribution to the consolidation of this maturing democracy and for his legacy as a leader who not only oversaw the beginning of oil production in Ghana, but also pushed for transparency particularly in respect of ensuring that the nation’s oil wealth would be used for the good of the people. We urge the leaders and the people of Ghana to truly build upon, accelerate and deepen this legacy of transparency, for this is above all the aspiration of all Ghanaians and all African citizens.