We are very happy to announce the winner of the fifth annual ONE Africa Award: Positive-Generation! The Cameroonian organization is on a serious mission to ensure basic human rights for people living with HIV/AIDS and communities facing AIDS. 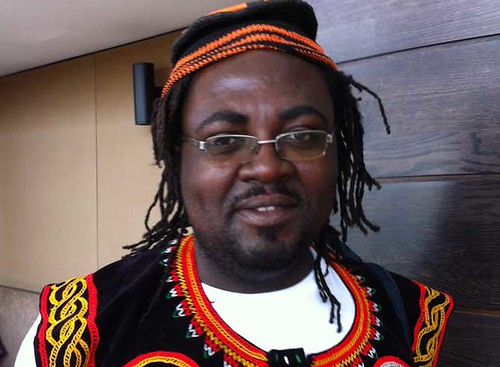 With more than 250 applicants from across Africa and five strong finalists, it was a difficult choice – but ultimately, the ONE Africa team felt that Positive-Generation was the most life-changing, innovative organization helping to achieve the Millennium Development Goals in their country.

Positive-Generation (PG), based in Yaoundé, Cameroon’s capital, holds the Cameroonian government accountable to its 15 percent commitment to health care. PG also works to fight the stigmatization of HIV-positive people, and advocates for the government to provide free treatment. PG is an advocacy movement in every sense of the word, and understands exactly what it needs to do to bring real change to the AIDS situation in Cameroon.

For that reason, ONE was excited to give PG their much-deserved $100,000 prize at the GAVI Partners Forum today in Dar es Salaam, Tanzania. The five-person team and their five volunteers will use the money to strengthen their ability to fight HIV/AIDS in local communities.

My colleague Ali Ba and I had a chance to talk to Fogué Foguito, Executive Director of Positive-Generation, on the phone last week. Turns out that Foguito has been a ONE member since 2005 and has been signing our petitions even before ONE Africa set up in Johannesburg. During our conversation, we discussed PG’s bold strategies to ensuring rights for HIV patients and communities facing AIDS, Foguito’s vision for PG, and the million dollar question: what PG plans to do with the money.

Tell me a little about your organization. Who are you targeting?
PG started in 1998. It was created by students who were working on AIDS alleviation, but that quickly shifted into human rights work. We quickly realized that the fight against HIV/AIDS is fundamentally about rights, health and freedom, and that’s what we began to structure our cause around.

Foguito at today’s ONE Africa Award

Why are you guys called “Positive Generation”?
We want to provide hope for this generation, that being HIV-positive isn’t a cause for desperation. Before, as an African, if you were diagnosed with HIV, you were technically dead in society’s eyes. But Positive-Generation is changing that outlook. We’re trying to have a different conversation around the disease in a hopeful, positive light – not one of despair or indignity. We want to demonstrate that politically, we will do everything to be a generation that provides and contributes to change in every sense of the word.

How are you guys trying to do that specifically?
We have a three-prong approach. First, we want to raise the conversation from a health issue to a political issue. We can’t attack the disease from just the health perspective, because the only venue where change can truly happen is within the government and political system. Empowering citizens with HIV and communities facing AIDS and making them understand their rights as human beings is a necessity for health.

Secondly, we’re working with the educational system in Cameroon. We go to the villages, schools and have conversations with people and students about disease, their bodies, treatments, and how they can prevent themselves from contracting HIV/AIDS and staying healthy.

Lastly, we focus on communication and advocacy. If we can change the way people have conversations about AIDS, we can create positive outlooks toward the disease and reduce its stigma. If someone is HIV-positive, we ask them to provide testimonials of them saying, “Yes, I have the disease, but I’m leading a healthy, dignified life.” Then, people can be more aware of the disease and argue about it more positively in the political system – not just AIDS patients, but everyone. We want this to be a citizen movement.

I read somewhere that you want your vision to be “a society where any patient has access to the treatment.” It’s a powerful statement.
Yes, the framework for the argument is around the right. Before you are infected, its your right to be protected from this disease so that you’re not stigmatized and you can receive the proper access to treatments. A country cannot be democratic if it does not guarantee access to care for people in situations of vulnerability or risk. This is why social justice and equity above are also part of our vision.

What inspired you to start this organization?
I saw that students who were HIV-positive and negative were separated at school. If you were positive, you were condemned and segregated. I had some friends at school who turned out to be HIV-positive, and didn’t feel it was right to be treated badly because of their disease. I wanted to start a program where my friends – and other HIV-positive people – could be integrated and not treated like second class citizens. My friends and I started saying that it was injustice, and that was the start.

What are you going to do with the money?
We want to use this money to help create a legal clinic that aims to support the population, particularly those at risk and vulnerable to HIV in their efforts to enforce their legal rights. To develop a regional training center to train leaders on African civil society advocacy.To create a community center for screening for HIV infection. And to strengthen our AIDS intervention efforts in communities.

What do you think people in the West should know about AIDS in Africa?
To help prevent misconceptions, I think we need to let the people on the ground tell the story. They’re in the position to talk about the disease, and they can be their own reporters. I also think that pharmaceutical countries in the West should not ban poorer countries like India from making HIV drugs, because most African countries depend on its low cost. That just shows that rich countries are thinking about their own profit rather than stopping the disease. And the West needs to ensure that their aid to the developing world is not being pocketed on the government level.