After speaking with Dr. Loucq about the exciting development of the malaria vaccine through the PATH Malaria Vaccine Initiative (MVI), we were thrilled to talk to Dr. John Lusingu, a malaria vaccine researcher at an MVI trial site in Tanzania. Dr. Lusingu discussed the devastating impact of malaria in his community and ongoing research on the ground. 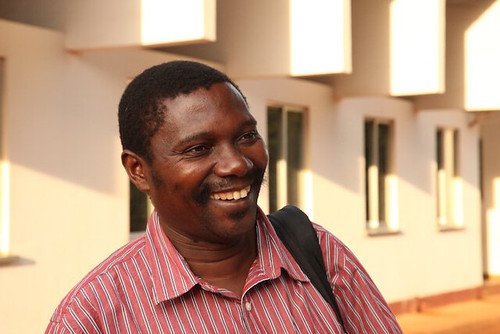 How has malaria impacted your community?

Malaria’s devastating impact on my community’s children and their families is readily apparent, despite reports that malaria incidence is declining globally. Every single day, children and pregnant women are brought to our local clinics with this terrible disease, and many die from its effects. Beyond malaria’s medical impact, families are affected economically –- even despite free medical treatment for under-fives -– largely due to high transportation costs and lost productivity when sick children require care. Children lucky enough to survive severe malaria often have mental impairments that prevent them from attending school. Older children are also often forced to stay home from school to take care of their sick brothers or sisters so their parents can go work on the farms, especially during farming season. 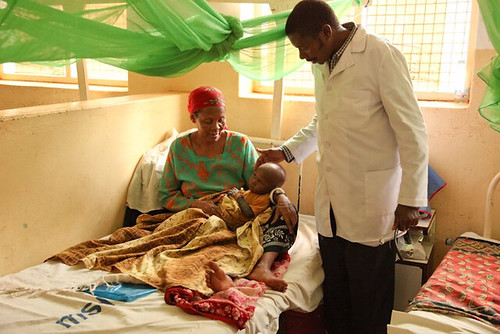 What is the focus of your research at the trial site in Tanzania?

In Korogwe, I lead a team of investigators who are participating in the multi-center Phase 3 RTS,S malaria vaccine candidate trial across seven countries in Africa. The malaria vaccine candidate has been produced by GlaxoSmithKline Biologicals and supported by the PATH Malaria Vaccine Initiative and the Bill & Melinda Gates Foundation. We hope that a malaria vaccine will complement existing tools to control malaria in sub-Saharan Africa, including bed nets, indoor residual spraying and treatment with artemisinin based combination therapies. The malaria vaccine candidate, once licensed and made available, could be included in standard immunization programs in malaria-endemic regions of Africa and help save countless lives. 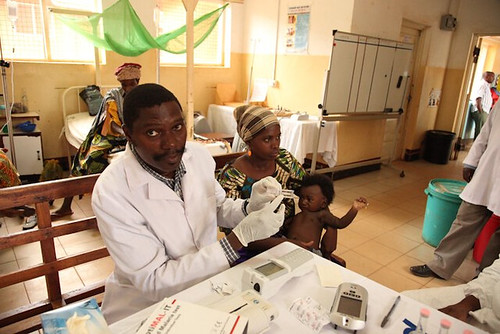 How did you get involved in malaria research?

When I was young, I would often go to the farms in the lowland communities near Mt. Kilimanjaro in Tanzania with my parents during rainy season. I would always head back to the mountains at night for fear of being bitten by mosquitoes, which I knew could lead to a disease known as itheng’u by the Pare tribe (translated into malaria). As a result, I never suffered from malaria until the age of 16, when I went to secondary school in the lowland community of Moshi. I had repeated episodes for almost 10 years after my initial infection, after which I did not suffer from malaria for many years. I wondered why this had happened. In my postgraduate medical studies, I researched how to mimic the natural immunity to malaria I had developed and studied whether it could be applied to children. Children born in malaria-endemic communities do not have complete immunity to malaria. But if we can put something in their bodies that can boost their immunity when they are young and most vulnerable to malaria –- like a vaccine –- we can help prevent them from contracting and even dying from the disease. 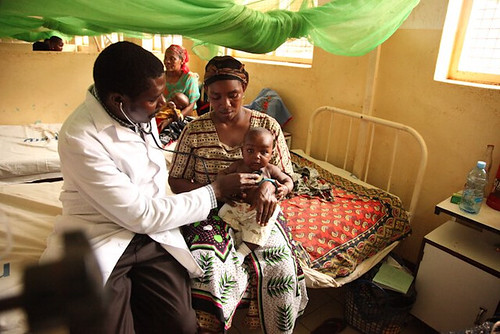 How will this research help improve the livelihood of people in your community?

Once licensed and deployed, the malaria vaccine candidate could complement existing interventions and begin protecting children from malaria and saving lives, which could have a tremendous impact on my community. Children will be able to go to school and parents to work, dramatically reducing the social and economic burdens of the disease.

In the meantime, though, we have also benefited significantly from massive investments in training and infrastructure in the communities where the clinical trial is being conducted. In Korogwe, teams of staff have been trained to conduct trials according to international standards. A fully-equipped modern laboratory that specializes in parasitology, hematology, biochemistry and microbiology has been built and is now fully functioning. Our vaccine ‘cold chain,’ X-ray services, pediatric care, and referral systems have all been enhanced. Important health services are also provided to both participants and non-participants in the trial, and community members’ compliance with treatment and attitudes toward health-seeking behavior have improved.

Let us join our efforts to help ensure that a malaria vaccine is added to our current arsenal of malaria interventions. A vaccine could complement our existing tools and help further prevent Africa’s children from needlessly dying from this terrible disease.

Dr. John Lusingu, MD, Ph.D is a Principal Research Scientist at the National Institute for Medical Research (NIMR) in Tanzania and a postdoctoral fellow of the University of Copenhagen, Denmark. He is a Principal Investigator for the RTS,S Phase 3 malaria vaccine candidate trial in Korogwe, Tanzania.