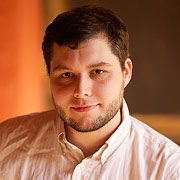 Brian Herbert, a director and lead developer at Ushahidi, a tech company at the forefront of the crisis-mapping movement that was co-founded by ONE Africa Policy Advisory Board member Ory Okolloh, talks to ONE about citizen journalism and its impact on global disasters.

Crowdsourcing violence seems to be a relatively new phenomenon – I saw a lot of this during the protests in Egypt, the Japan tsunami and the earthquake in Haiti. How does it help change the way we keep the peace?
Before a lot of these technologies like Twitter, Facebook and even Ushahidi, information was essentially controlled, depending on where you were talking about. The US was controlled by major news organizations, and in other places it was controlled by governments.

Technology has been allowing people to tell their story and get the word out. Ushahidi was created in Kenya during a media blackout, because people couldn’t get any information. It is a way for people to get their story out and tell people. Citizen journalism is changing things, as it is getting information from many people to many people.

A video that highlights some of Ushahidi’s work

How does technology play into advocacy efforts around your issues? Have you experienced any hurdles in mobilizing people?
The biggest way technology was played into our advocacy efforts is through standby volunteer task forces. Thousands of volunteers are trained in crisis mapping, so when an organization needs help processing information, they go to the standby force. For instance, the UN in Libya activated STF and now have a large number of volunteers in Africa. Someone might specialize in geographic locations, so they’ll help us determine where a message is coming from. A translation volunteer will help translate messages for us. Ushahidi has mobilized community pretty well through this.

In the short amount of time that you guys have been an official organization, you’ve done some amazing things. I read in the Guardian that you guys helped expose the election killings in Kenya. What has been the most awesome thing that you guys have done so far?
The most awesome thing I would say would be in Haiti after the earthquake. We were able to partner with different organizations. We took messages and translated them on the fly, translated by large group of volunteers from Haitian diasporas in the US and Canada. We found people who didn’t have water and other necessities, and we passed the messages on to other organizations in order to get them what they needed. It validated our work and efforts.

How can our technology here in the West improve development in Africa? How can we help them and how can they help us?
A way for the West to contribute is through open source projects –- to have code written and shared. Pushing open data and open source technology is a huge benefit to organizations that don’t have money to write code from scratch or pay for an expensive data set. If we collect data, we will share with everyone else. It’s all about sharing and openness. In some NGOs, people often hoard data, and it’s counterproductive.

What’s the No. 1 thing to be excited about Ushahidi?
Right now, we’re currently ramping up production on the SwiftRiver Project. It’s a way to process and manage data that hasn’t been done in open way before. We’re taking large data sets and trying to figure out what’s important. When there’s a disaster, there are now millions of people Tweeting about it. We’re trying to find the messages that are important and relevant. It’s our next big thing. We’ve automated some of these processes to better manage flow of data.