Our Open Budgets Save Lives campaign is really picking up speed now with over 50,000 people adding their voice.

Earlier this year we asked what you thought were the continent’s most important development priorities, as part of our You Choose campaign.  Health care was very near the top of the list, so now we’re on the case.

We know that better health care will save lives. Preventable and treatable diseases such as AIDS, TB, and malaria continue to kill more than 2 million people in Africa every year.

Open Budgets Save Lives aims to do two things:

Transparency in government spending is an incredible tool for all of us – allowing citizens and local NGOs to hold governments accountable for spending that lines up with citizens’ priorities.

Giving citizens current, accurate and understandable budget information increases the likelihood that resources will be managed well, and used efficiently. Countries with open budgets are also more likely to line up spending with stated priorities, and ensure policy commitments are funded. Open budgets also help reduce corruption, by making it easier to draw a line between what is supposed to be spent and the results that are achieved. 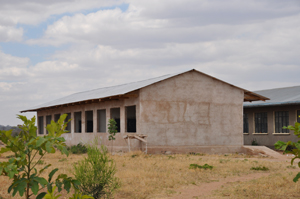 Public expenditure tracking surveys in Mpamantwa village in Tanzania have enabled citizens to hold their government accountable for the resources meant to be spent in their village. When the education authorities failed to release $7,500 designated for classrooms, citizens complained to the local Minister of Parliament. By the end of the day, the funds had been transferred.

When the health clinic was out of money for medicine, the same village committee found that $230 had been siphoned off by the doctor in charge. He was removed from his post and paid back the money, which was enough to restock their health clinic.

Getting citizens involved in budgeting has additional benefits. Not only can citizens ensure that money is getting to where it needs to go, participatory budgeting processes that allow citizens to decide on priorities increases the sense of ownership over government programmes and increase tax compliance, resulting in more money for more efficient programs.

In South Kivu province of the Democratic Republic of Congo, a participatory budgeting program has given citizens a voice in government, resulting in increased tax revenues and compliance. SMS messages inform citizens about upcoming budget meetings, and are sent again after the meeting with the outcomes. 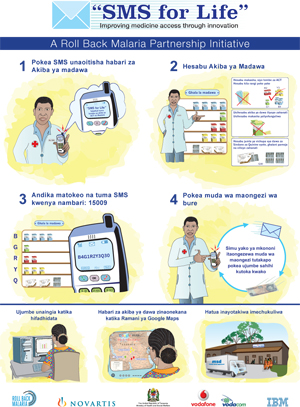 A program called SMS for Life increased access to antimalarial medication, providing access to 300,000 more people in three districts in rural Tanzania.  It did this by tracking the stock levels in rural health centres via SMS. The programme allowed for better stock management, and in one district, virtually eliminated antimalarial stock outs.

In order to improve health care and fight preventable disease, governments and citizens need to work together for a more transparent system.

This is why we’re asking African leaders to open budgets, so that everyone – from district administrators, to rural health care workers, to you – can follow the money and hold governments accountable for their spending on the things that matter most.

Act now: Add your name to the Open Budgets Save Lives petition.