This article originally appeared on Technology Review. Ory Okolloh was a cofounder of Ushahidi, which offers an open-source crisis-mapping tool. She tweets as kenyanpundit and is Google’s head of policy for Africa. She writes here in a personal capacity. 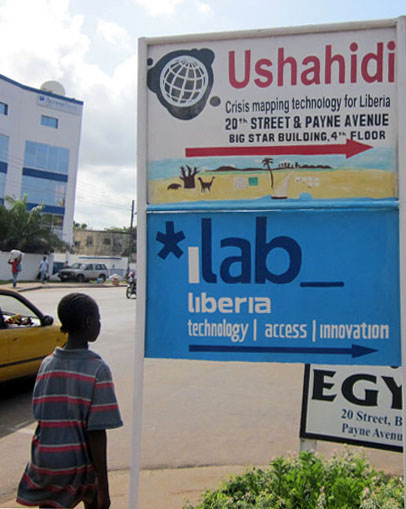 Africa’s technology community will thrive only by facing up to the continent’s fundamental problems.

Africa is trending, if stories in the international media over the last year are anything to go by. And no story about “rising Africa”—many of us would argue it has “arisen”—is complete without mention of the role technology is playing in this transformation.

The rise of the mobile phone, disruptive SMS services like the money-transfer platform M-Pesa, and mobile tools for democracy like Ushahidi have been the subjects of numerous reports. Unfortunately, these good-news stories haven’t been accompanied by a more nuanced view of the opportunities being created and where they may take us (see “Kenya’s Startup Boom“).

Technology is the perfect refuge for African capability stifled elsewhere by badly run governments and years of misplaced foreign aid. Ubiquitous connectivity in a world without legacy infrastructure, together with the potential to learn coding or anything else online, has allowed technology entrepreneurship to flourish. The barriers to entry have been dramatically lowered. Startup incubators and app competitions are springing up throughout the region. However, there is a risk that the buzz, so good at attracting international attention, will remain only that.

If local technology startup companies are really to thrive and become sizable businesses, other areas need to experience their own versions of the technology sector’s burst of energy and freedom. Entrepreneurs today face challenges such as a nonexistent IP regime, poor infrastructure, high penalties for failure, and oppressive bureaucracy and shortsightedness, all of which stand between businesspeople and the huge market of a billion people that Africa represents. A scenario I come across far too often is that a young African technologist with a great product for industry X, company Y, or government department Z gets a chance to demonstrate it, to wide acclaim. But to translate it into an actual business opportunity, the innovator is expected to hand over cash or a 40 percent stake in the business, to smooth things out with the “head of IT procurement.”

Too few entrepreneurs have managed to overcome these obstacles. Frankly, we need to spend more time learning from the successes of little-heralded businesses like Seven Seas Technology, an IT services company in Kenya, and MoTribe, which helps brands build their own mobile social networks in South Africa. Both of these have managed to become large and profitable companies, a goal that generally eludes those caught up in the African “tech is the promised land” bubble.

As I see it, tech in Africa 1.0 was the mobile-phone boom, and version 2.0 was about new apps developed in response to local needs. Tech in Africa 3.0 should be about those who are successful in transforming the chatter into real opportunities.