Positive-Generation Executive Director Fogue Foguito shares his powerful remarks to ONE after receiving the 2012 Africa Award on behalf of his organization. His message, which reflects on advocacy’s true role in development, is Positive-Generation’s promise to ONE and the NGO community to fight HIV/AIDS through justice and human rights.

We do not know how to express our profound gratitude at receiving this distinguished award, which is beyond our individual merits. Every man, every organization or artist, seeks recognition. We are no different.

But it was hard to believe ONE’s decision. When the news came, we started panicking, wondering how such a young organization, rich in ideas but whose work is still in progress, could have been selected. Furthermore, how could we accept such an honor when in Africa, other organizations have been silenced? How could we accept it at a time when the problems being decried by such organizations are being written off as myths? Where every victory is challenged by a new setback? 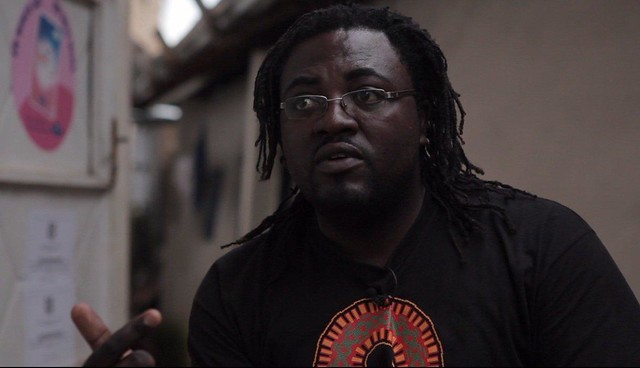 We gathered our thoughts. Since we can not only attribute this distinction only to our own merits, we thought it very appropriate to turn to those organizations that have stood by us during difficult times, throughout our short existence, and who have promoted our role as advocates and as a community-based organization. Let me, with respect assure you that we are up to the task.

Personally, the challenges we face in the field tell us how important advocacy is. But we have never placed this role above everything. On the contrary, the field challenges enable frequent meetings between men and women, between communities, and these allow us to move at the level of all, with all and for all.

In our view, advocacy is not an isolated exercise. It is a means of reaching out and mobilizing the largest number of people and sharing a common image of sufferings and joys. Advocacy enables people to participate in decision-making processes that affect their lives. It is therefore an obligation to the advocate not to function in isolation. In this context he/she is permanently in contact with people. And whoever chooses his/her destiny as an advocate or an actor of development needs to learn as fast as possible to bring together forces that share a similar vision to his/hers.

A community-based organization like ours is in permanent contact with others, and our dream is that the realities of the communities with which we work, will one day be felt by all. That is why true advocacy organisations do not take anything lightly; they are obliged to understand rather than to judge. And if they have to take sides, they take the side of a vision of society that devoid of injustice, where underdevelopment and dehumanizing actions are a thing of the past.

At the same time, an organization like ours cannot shy away from difficult tasks. Positive-Generation is at the service of those who suffer and we must not shy away from such a vocation. Throughout our existence we have received our fair share of difficulties, in serving two basic principles: truth and freedom.

Since we aim to improve the living conditions of the communities we serve, we stand against lies and any other actions that promote injustice. Not withstanding our individual weaknesses, we strive to route our actions in two difficult but crucial commitments: taking a stand against lies and half-truths; and resisting oppression.

Given our role as advocates, it would be remiss of us not to take this opportunity to launch a strong appeal to our decision makers for more investment, and more political and financial commitment to people’s health, especially in the context of HIV/AIDS. Tremendous efforts have been made in recent years, but much still remains to be done, and this is the time to multiply our efforts.

Let me not divert attention from the major challenge; the issue of permanent access to treatment remains a dream to our people in Africa. If we consider just the issue of antiretroviral therapy, it is a question of fundamental human rights.

It is an issue of social justice, civility and especially democracy. Looked at in this way, it is difficult for a State to distance itself from its obligation to protect its populations. In a nutshell, the degree of the respect of the rights of affected people is a barometer of development, and importantly, is a true indicator of the degree of humanity, solidarity, civility and democracy of a nation.

Each new generation believes they can rebuild the world. Mine knows that this is not possible. But we do believe we can protect the world from further destruction. We are in a critical moment in the global effort to fight AIDS; in a context marked by decreasing financial resources; where financial crises are used as a pretext today to justify the threat on the lives of millions of people in the world and in Africa in particular.

Faced with this situation, today, we call on African leaders to muster enough courage and the political will of the fathers of African independence, to say no to this entire dependence tendency, and to take seriously their own responsibilities.

Let us reflect a little on who we really are, our limitations, our doubts, our sorrows. We feel easier, in accepting this award, to do so as a tribute to all those who share in the same struggle, but who, rather than receiving prizes, have instead experienced misfortune and persecution.

Here, my regards go to those ordinary – in fact extraordinary – men and women, who have inspired us. I think of Joseph Pouagam, Daniel Nonze, Dr. Charles Kouanfack, Flavien Ndonko, the late Gisèle Kengne and many others. We equally think of partner organizations such as ACMS (Cameroon Social Marketing Association), RAME, Act Up Paris, AIDES, Solidarité Sida, Coalition 15%, MOCPAT, GTIA and all community base organisation in Cameroon, who have spared no effort in supporting us in this journey.

We express our sincere thanks from the bottom of our hearts, and publicly declare our gratitude and appreciation for this award.

Show your support for Positive-Generation by LIKING their Facebook page and leaving a comment in this article.