It has been more than three months since Isaac Mutua, a Kenyan working in Durban, South Africa, sent money home to his family back in Kenya. Mutua, a renowned chef, lost his job after his employer closed down the restaurant where he worked following the COVID-19 lockdown measures in South Africa starting on 24 March.

Since 2015, Mutua has been sending $300 monthly to Nduta, his wife based in Kitengela, outside of Nairobi. His remittances have been their sole source of income, helping pay for rent, food, school fees, and basic necessities. It has been difficult for Mutua to send money during the level four and three lockdown period in South Africa as the money channels he relied on to send his wife money were unavailable and expensive.

Mutua’s story is just a microcosm of the reality on the ground. COVID has resulted in Africans in the diaspora being unable to send money back home after losing their jobs or getting pay cuts.

According to the ONE-UNECA COVID-19 report, “Protecting an Economic Lifeline,” at the global level, remittance costs in Africa are higher, away from the SDG 3% target.

The continent also has the highest cost of sending money at almost 14%. To put that into context, it will cost Mutua $17 to send $300 to his family. Why are the fees so high? These high fees and tariffs are as a result of a non-competitive money transfer market.

At a global level, there are two companies — Western Union and MoneyGram — that account for over two-thirds of payout locations in Africa. The past decade has seen a rise of new players, such as Mukuru and World Remit, but the major challenge has been establishing wide networks for payout locations for both recipients and senders. African government regulations also stipulate that all money transfer payments need to be made through banks, which charge high costs in addition to requiring identification and work visas or permits during payments.

Innovative tools for the unbanked population

Innovative tools have been born out of a collaboration of the African telecommunications and banking sector. One such example is M-PESA. Launched in 2007, M-Pesa is a mobile banking service that allows users to store and transfer money through their mobile phones. The M-Pesa service has enabled Nduta to access money from her husband Isaac without getting a formal account. With M-Pesa, Issac can simply send money from South Africa to Nduta and she can then receive and make payments for groceries, school fees, and other bills using the M-PESA SMS service. 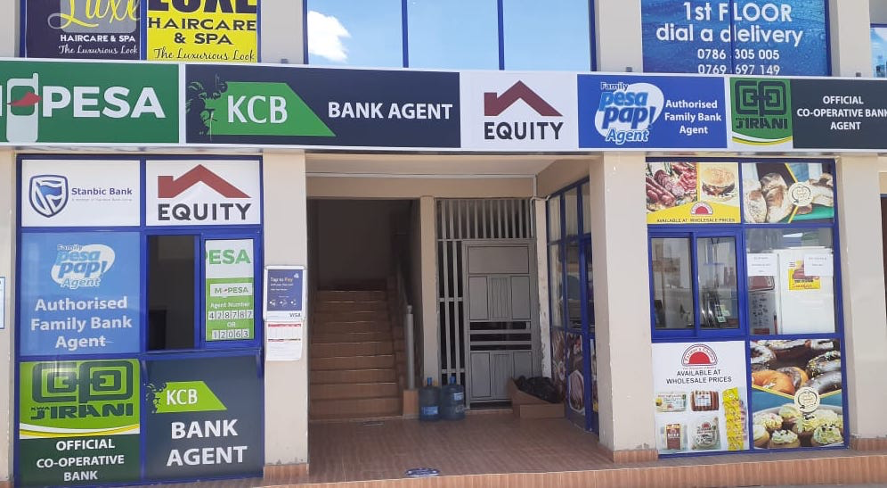 In April 2020, Mukuru launched a grocery service via USSD and WhatsApp that enabled any South Africa-based customer to send groceries to their friends and families in Zimbabwe. The sender creates an order at a Mukuru pay-in partner and the recipient receives an SMS with a voucher number to go collect groceries in a convenient store in Zimbabwe.

“In addition to price fluctuations for basic goods, people also face the uncertainty of whether certain goods will be available — as many Zimbabwean retailers have struggled to replenish stock,” explained Andy Jury, CEO of Mukuru. “By enabling South Africa-based workers to pay for a pre-agreed basket of goods for families in Zimbabwe, we are removing these uncertainties and providing families with peace of mind during this immensely tough period.”

In 2018, remittance flows to Africa were worth approximately $84 billion, according to World Bank data. This surpassed the $47 billion derived from overseas development assistance and the $47 billion from foreign direct investment.

This decline means a deficit of $18 billion from migrant workers due to loss of employment and wage reduction.

Due to the domestic containment measures and subsequent economic downturns, remittances flow to Africa is projected to decline by 21% in 2020, the sharpest decline of remittances in history. This decline means a deficit of $18 billion from migrant workers due to loss of employment and wage reduction. Many households both in the rural and urban sector depending on this important source of revenue will be impacted by the reduction in remittance inflows due to the pandemic.

“Many remittances sent intra-Africa by our customers actually align with crop planting season, building cycles and times when school fees are typically due,” said Andy Jury.

A significant reduction of remittances flows in Africa could set back countries’ progress on the SDGs relating to reducing poverty, better health and nutrition, and education. These setbacks will be particularly significant in countries where remittances represent a larger share of GDP, such as South Sudan (34.4%), Lesotho (21.3%), Gambia (15.5%), Zimbabwe (13.5%), and Cabo Verde (11.7%).

With no income and very little savings, Isaac Mutua is unable to support his wife and two children. They now depend on donations from their local church and well wishers. Mutua’s story is just a microcosm of the reality on the ground. COVID has resulted in Africans in the diaspora being unable to send money back home after losing their jobs or getting pay cuts.

Remittances are an essential economic lifeline. To protect them, governments across the world should take more effective actions to facilitate and boost remittances in view of supporting the fight against COVID-19 and ultimately enabling a more sustainable post-COVID world.

Download and read “Coronavirus disease (COVID-19) and migrant remittances: Protecting an economic lifeline” by the UN Economic Commission for Africa and ONE Campaign.