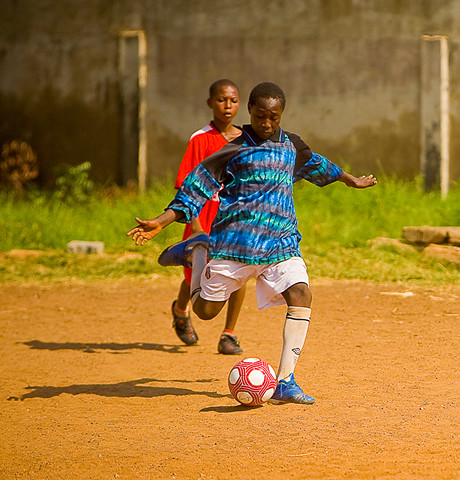 During the final week of the 2012 Orange Africa Cup of Nations, the continent’s premier football championship, the Confederation of African Football (CAF) committed its support to the fight against malaria by officially endorsing the United Against Malaria (UAM) campaign.

Although preventable and treatable, malaria continues to claim the life of one child every minute. Recognizing the powerful role football can play in educating and protecting fans from this deadly disease, CAF pledged to partner with UAM and use its reach and influence to save lives. This commitment will include distributing educational materials at future soccer tournaments and encouraging fellow football associations and players to use their voices and images in educational outreach.

During the tournament, several footballers helped raise awareness about malaria, delivering prevention and treatment messages in a new series of UAM television public service announcements that aired throughout Africa during the games.