The ability of business owners to hide their identities lies at the heart of many of the corruption and criminal scandals plaguing South Africa today. It is used by the criminal and corrupt to siphon away government resources, including through the government procurement process. Fortunately, there is an easy solution to this problem: government can and should require the disclosure of company owners (the “beneficial owners”) when it rolls out the new procurement reforms that seek to make the system effective, simple and transparent.

In March 2015 the Minister of Finance- Nhlanhla Nene announced the launch of a new centralised procurement system (e-tender portal) which will be launched on 1 September 2015. The new system seeks to eliminate manual supplier registration and verification on business registration, a positive step that should be applauded. This is part of the reforms being rolled out by the Chief Procurement Officer (CPO) in a bid to create a fair, equitable, transparent, competitive and cost-effective procurement system.

Procurement alone takes up a large sum of government expenditure, accounting for about R500-billion in spending during the 2013/14 financial year alone. This is from departments and agencies across the three tiers of government procuring goods, services and construction, ranging from police vehicles, to textbooks for schools and medication for hospitals.

Steps being taken by the CPO should be applauded to bring order and accountability to an area of government that has been marred by criticism over corruption and misuse of funds, including the 2013/2014 recording of at least R30-million lost in corruption, the Department of Rural Development and Land Reform reporting funds in excess of R96.6 million lost to corruption in 2012/2013 financial year, and with US$29 billion lost to illicit financial flows in 2012. The list can go on. 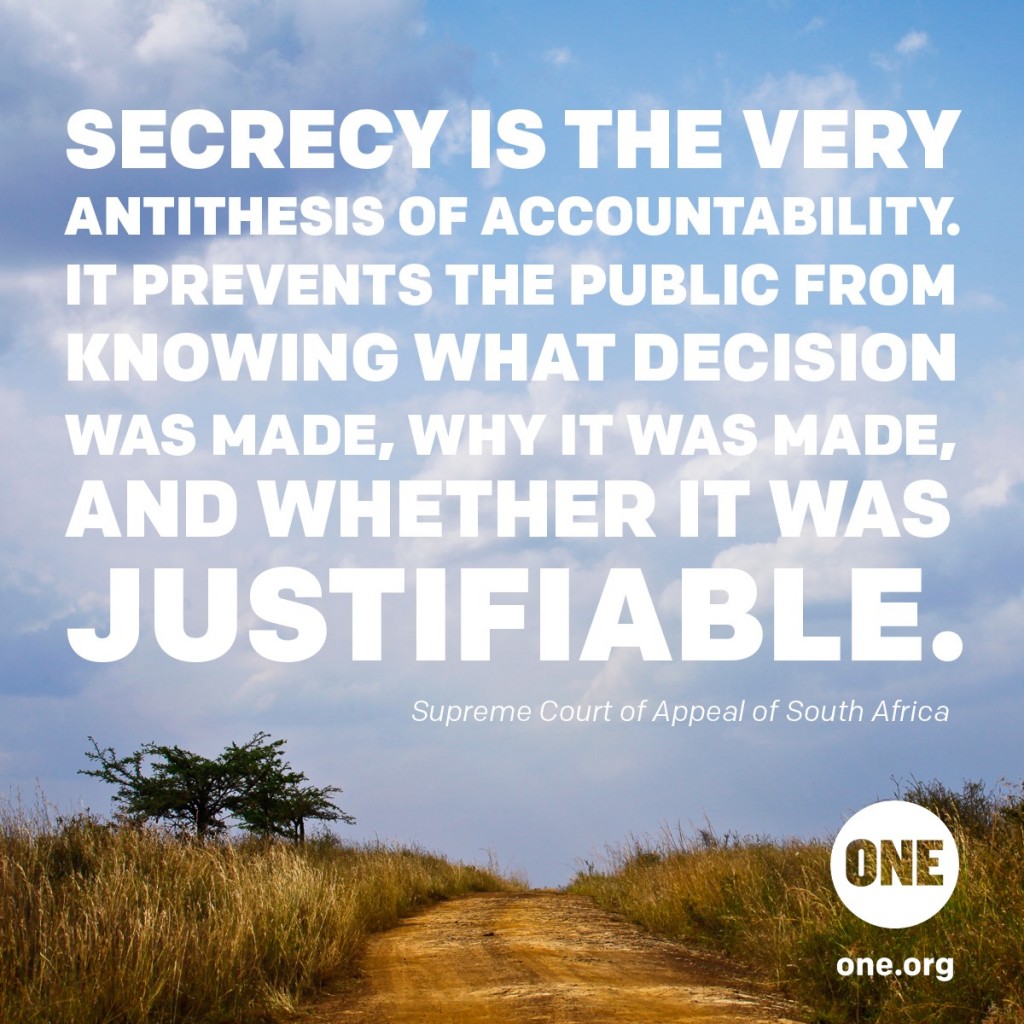 The thrust of the matter lies in a couple of issues, but what sticks out clearly are the individuals who own both local and international businesses that are involved in criminal activities that syphon public money into their bank accounts, some of which are found in tax havens. These procurement reforms have the potential to crack down on corruption, fraud and illicit financial flows by making it mandatory for all companies that seek to do business with government to disclose company ownership. Knowing who owns and controls companies is critical to effectively curb a host of criminal activities in procurement. The Companies Act of 2008 calls on the disclosure of company directors which does not include individuals who largely control the company and enjoy profits.

For the e-tender portal to achieve full realisation of transparent, fair, and equal competitive space for both local and international companies, public disclosure of business owners is critical. This would also reduce the costs to business by enabling local and small businesses to perform the due diligence that only large businesses can currently afford. This creates a more level playing field for business.

Institutions such as the Special Investigative Unit (SIU), Financial Intelligent Centre (FIC), Companies and Intellectual Property Commission (CIPC) and South Africa Revenue Authority (SARS) face an uphill task in tackling organized crime, with money laundering, bribery and corruption often hidden behind anonymous companies. With limited resources, authorities face serious challenges to their ability to uncover complex ownership structures, follow the money and root out crime and corruption. The e-tender portal is expected to have interface with these institutions, and information of business owners will enable more effective and faster due diligence checks to identify the real person(s) behind corporate accounts, rather than repeatedly engaging in time-consuming and expensive investigations to get this basic information.

Bribery and corruption distorts markets by not allowing the best and most competitive companies to win contracts or have their projects and developments approved. The Special Investigative Unit found 35 spouses of officials within the Department of Water Affairs linked to 35 entities conducting business with the department. Also 29 department officials linked to companies that were also registered on the department’s supplier database. Including information of business ownership will serve to deter such criminal activities, and make it easier to detect them when they do occur.

Secrecy and anonymity of owners of companies robs both government and citizens of resources that could otherwise be invested in improving public services (education, health, housing, water and sanitation) to stimulate economic growth. In 2014, a total of 218 protests were recorded across the country with 2/3 focusing on service delivery problems. The e-tender portal has an opportunity to make business ownership transparency a reality to help track lost money to corruption and illicit financial flows.