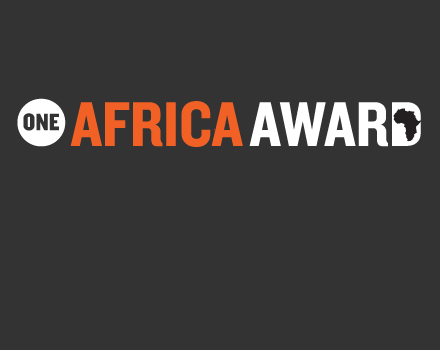 After reviewing over 250 applications , visiting 5 countries in 12 days, and drinking more African coffee than any doctor would recommend as healthy, we’re excited to announce the five finalists for the 2012 ONE Africa Award. In its fifth year, the ONE Africa Award aims to reward those African organizations, groups and individuals that are engaged in life-changing, innovative efforts to achieve the Millennium Development Goals (MDGs) in their local communities, regions and countries. These groups are usually involved in providing some direct services to their communities and tying those efforts to direct advocacy in order that lasting change may take place.

For this year, we received applications from all corners of the continent. There were completed applications in English, French, Portuguese and even a few with Arabic attachments. We surely discovered the diversity of this beautiful continent as we read the stories of the organizations and the problems they are addressing in their villages, cities and nations. It is truly impossible to choose the top five, for each application deserves recognition, but we had a job to do. The 2012 ONE Africa Award Finalists are the following:

Friends of the Global Fund Africa (Friends Africa) – Working from Lagos, Nigeria’s commercial capital, Friends Africa focuses on raising African support for the Global Fund to Fight AIDS, Tuberculosis and Malaria. Working with partners, they have secured tens of millions of dollars of commitments for the Fund from African governments and businesses.

Muliru Farmers Conservation Group (MFCG) – MFCG’s members live in the towering shadows of Kenya’s last remaining rainforest, Kakamega Forest. Faced with its impending destruction, MFCG mobilized in the late 1990s to advocate for its conservation and in the meantime, found a way to tie local farmers’ economic interests to the health and vitality of Kakamega Forest.

Positive-Generation (PG) – Headquartered in Yaoundé, Cameroon’s capital, PG fights for the Cameroonian government to maintain its commitments to spend 15% of the nation’s budget on healthcare. PG started at a university as a social club to fight the stigmatization of HIV+ people and advocated for the government to provide free antiretroviral drugs after implementing a successful monitoring program of government health clinics and hospitals.

Rural Health Advocacy Project (RHAP) – While its offices may be in downtown Johannesburg, RHAP works for the rights of South African’s rural citizens to access affordable, quality healthcare in their home districts. In its short existence, RHAP has become the de facto source for the most innovative policies and practices to improve rural healthcare and while at it, has given a voice to rural health workers that they never had before.

Supporting Orphans & Vulnerable for Better Health, Education & Nutrition (SOVHEN) – SOVHEN is a community development organization working in four of Uganda’s rural districts. It started as a student group to give new opportunities to their citizens and took on the challenge of keeping girls in school by finding an incredibly innovative, affordable method to manufacture sanitary pads.

We at ONE are truly honored to be able to have the privilege of learning about these organizations and telling their stories. Over the next few weeks, we hope you will join us as we share their stories in words, photos and videos.

RELATED: See last year’s winners for the ONE Africa Award

The 2012 ONE Africa Award winner will be announced on December 5 in Dar es Salaam. Stay tuned and enjoy learning about their amazing work!