3.5 billion people live in resource-rich countries but many are not profiting from these resources. Weak governance is leaving countries “cursed” by conflict and corruption. The Extractives Industry Transparency Initiative (EITI) was created to help change this. The EITI’s globally developed standard promotes extractives revenue transparency by calling for the full publication and verification of company payments and government revenues from oil, gas and mining.

Tanzania has just reached an extractives transparency milestone. On 12 December, the EITI declared Tanzania compliant with its standard. Tanzania joins 9 other African countries with EITI compliance status. The Tanzanian government is now obliged to produce annual EITI reports that disclose and reconcile all revenues from the extractives sector. Independent audits will indicate payments made to governments by companies and payments received by governments from companies. 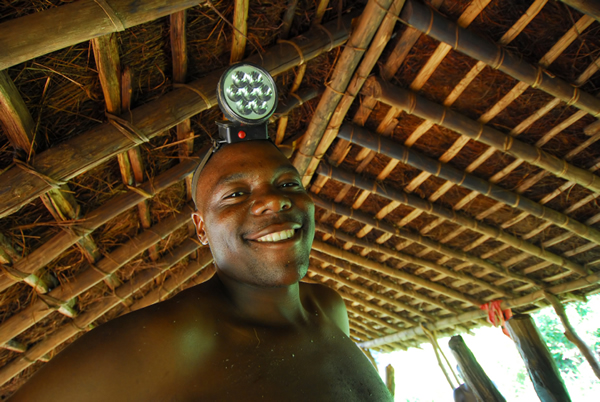 A gold miner in Shinyanga, Tanzania

Regular monitoring of government and company performance will beam a spotlight on a sector that is traditionally opaque, opening its operations to the public and empowering citizens and oversight institutions with information about extractives financial flows that will enable them to hold governments and companies to account. Tanzanian citizens, journalists and parliamentarians will be able to play their part in monitoring government and company performance and preventing corruption, misuse of public resources and illicit capital flight. Compliance with the EITI is an essential step towards opening the entire extractives supply chain – from how access to those resources is granted, to monitoring operations, to collecting taxes, to sound macroeconomic management and distribution of revenues, and to spending resources effectively for sustainable growth and poverty reduction.

This milestone is timely. 79% of Tanzania’s population lives below the poverty line. The current commodity price boom represents a unique opportunity for the government to mobilize home-generated wealth from its natural resources to tackle the country’s socio-economic development challenges. Improved transparency in the management of revenue from these resources will be critical to Tanzania’s growth trajectory.

The EITI’s endorsement will also be sending a clear signal to investors that the Tanzanian government is committed to open management of its extractives sector and to making itself more accountable for the use of revenue that it manages on behalf of its citizens. The Tanzanian EITI multi-stakeholder working group of government, civil society and company representatives, which is overseeing the country’s EITI reporting, will continue to help build partnership and trust between different stakeholders, and to give civil society a critical voice in the extractives resource management process.

The EITI and Tanzania’s compliance with its standard is not a cure-all for the massive problems and leakages plaguing the extractives sector. It is, however, an important starting point for progress.