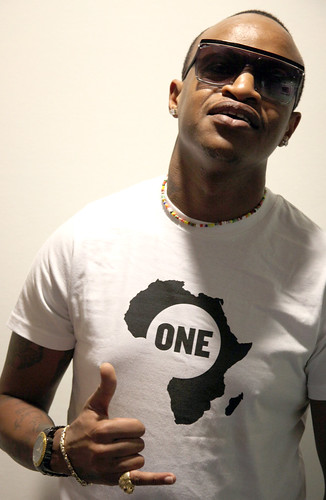 Meet Prezzo, a rapper from Kenya with a big heart, great style and a positive attitude. He just won second place on the latest season of Big Brother Africa, earning him a gig as a ONE Ambassador, tickets to a Jay Z concert in New York City, and a trip to ONE’s Washington DC office.

As an ambassador, he will use his musical influence and star power in Africa to help raise awareness for ONE’s issues on a completely voluntary basis. He’s already done some awesome things for ONE — including designing this amazing “Swagger Farmer” shirt (which is available for purchase here) to help make the concept of farming cool to African youth.

We’ve been waiting for weeks for him to come to ONE’s office to meet the team and learn about our issues, and today was finally that day. In anticipation, we asked ONE members on Twitter and Facebook to submit questions for Prezzo, and we got some great ones from all corners of the globe.

After a short talk with ONE staff, I sat down and asked him a few of those questions. What surprised me was that 1) People knew all about Prezzo’s ambassadorship with ONE! 2) People were really interested in his love life and 3) People wanted to know how his advocacy would affect his music.

In addition to answering ONE members’ questions, he also treated us to a little show, freestyle rapping for ONE staffers (at 9 in the morning, no less!) Listen to it here:

Malaka: First of all — we’ve had about 10 ONE members ask about your relationship with Goldie, a musician from Africa who was also on this season of Big Brother Africa. They want to know: What’s going to happen between you and her? 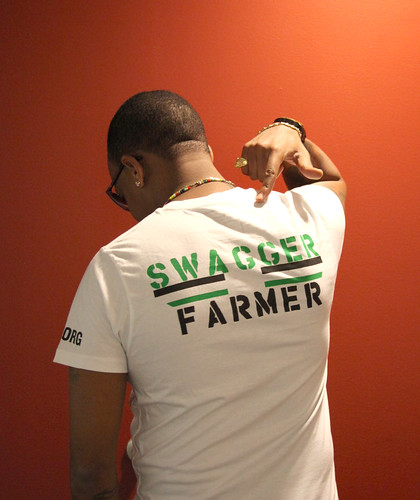 Peris Mugwe, via Facebook: What are you planning on doing with your “Swagger Farmer” idea?

I want to work hand-in-hand with ONE, and I am more than willing to put my contributions out there. I already came up with that slogan, “Swagger Farmer,” and hopefully it will attract a lot of people and youngsters. The more farmers we have, the less chances we have for Africans to suffer from malnutrition and poverty.

Jane Peter Mhina, via Facebook: Are you ready to commit yourself to your duties as a ONE ambassador?

I’m ready. I was born ready like Freddy. Like I said before — I look up to someone like Bono [ONE’s co-founder] because he’s a celebrity with a good cause behind him. It’s good to give back. I’m here in the ONE Campaign office right now and we’re having a conversation on working toward a way forward. I am at ONE’s service.

A clip of Prezzo on Big Brother Africa:

@c_uzie, via Twitter: What impact do you hope to make in Kenya & Africa as a ONE Ambassador?

I am sure there are graphs of progress with the ONE Campaign. In my term, I want us to look at the graph and see some changes. I have a lot of friends who are musicians as well who can help spread the word across the continent. Thanks to Big Brother Africa, I have a wide net now. There’s a lot of change that can be made out there. I’m not going to be the one, but one of the people making the change. Together with the other artists and the youth, all they need is the opportunity.

Listen to a sample of Prezzo’s music here:

@paulanxtone via Twitter: Do we expect new songs from Prezzo as a way of creating awareness of extreme poverty and preventable disease?

Most definitely. I don’t think I should be sharing this with the whole world, but I am working with the same people that I was telling you about, my artist friends. With the Internet, you don’t need to be in the same room to record a collaboration. I want to get a few names from each and every country in Africa, have a theme, a song like “Heal the World” kind of theme, and join that together with Channel O [a music channel in Africa], MTV and ONE to help get the message across. I want to look at this as playing soccer. I’m the striker, you’re the keeper, everyone’s playing a role in it, and together the chances coming a winner is very high. I don’t want a one man show. If I have support from other people the message will be easily taken across.

@nyalolwe via Twitter: What do you think the youth can do to change corrupt leaders?

I think what the youth can do to make change is cast their votes wisely. Don’t cast your votes based on hearsay or what you’ve received from an individual. Don’t think just five years down the line. Think 10 years, three or four terms ahead. If you vote for the right leaders, we wont have to worry about the politicians, just other issues. The vote really matters.

Malaka: Which issues are you closest to? Why?

Back home, we have a lot of children’s homes. My mom and I normally give donations to a children’s home called Mama Fatuma every Friday, because it’s near the town where I grew up. There’s also a place called New Life Home, where I got two beautiful sisters and one brother. The kids from that home are brought there because parents think they are HIV-positive, but sometimes they end up being HIV-negative, thanks to medication and care. I believe that there is a god out there, and he is not going to let a child suffer because of a parent’s mistakes. God works in mysterious ways.

Malaka: Any last words for our ONE members?

Mine is really a statement: I’m happy and proud to be here. I was even happier when I saw people rocking the T-shirts [ONE staffers were wearing Prezzo’s design when he walked into the ONE office]. I just want ONE members to know that I’m at your service. Whatever you guys would want from me, I’m just a phone call away. I’m very committed to the ONE Campaign and was waiting for an opportunity like this. God has given me a platform to prove what kind of individual Prezzo really is.

Got a question for Prezzo? Tweet it to him at @AMB_Prezzo or leave it in a comment below.

Take action now and sign the petition to break the vicious cycle of poverty and hunger once and for all. Stay strong, stay committed, stay hungry for change.