When Nigerian musical sensation, 2Face Idibia arrived in Johannesburg, the Big Brother Africa House wasn’t his only stop. Along with the ONE Africa team, he went into the heart of Soweto, South Africa’s largest township, to visit the Kliptown Youth Centre.

Founded in 2007, the Kliptown Youth Centre’s works to help children and adolescents in the surrounding area take control of their futures. While visiting the centre,  its director and co-founder Thulani Madondo, who was recently recognized as one of the CNN Heroes 2012 gave the group a walking tour of the facilities, and briefed 2Face on the numerous programs that they offer in the centre’s ever growing library. 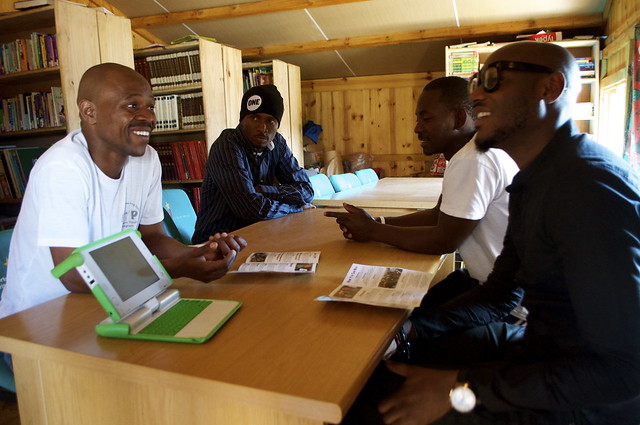 As Thulani explained the after school tutoring program and its use of One Laptop per Child, a unique technological initiative aimed at empowering children by providing them with low powered laptops, we could hear the distinct sound of children coming in on their way back from school, all excited to take part in everything the centre has to offer.

After meeting the main youth programmers, we were treated to another facet of the Kliptown Youth Centre: the talented and enthusiastic youth Gumboots dance group. Through their phenomenal performance, it was clear that the centre doesn’t only focus on nurturing the youth academically, but also allowing them to express themselves artistically. As the visit finished off, 2Face was able to personally help out with the food program by serving hot lunches to the school children. Although simple in design, this is one of the centre’s most important programs, as it ensures that each child that comes through has access to at least one balanced meal per day. 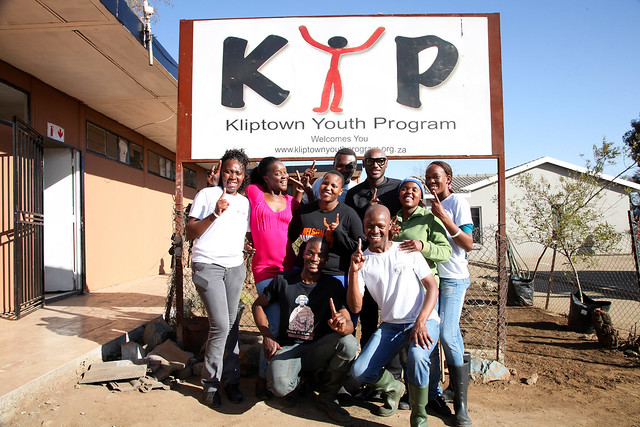 2Face Idibia with the Kliptown Youth Centre and ONE teams

At the end of the day, all those involved in the visit were extremely moved and inspired. 2Face was especially impressed, and stated how the centre was the embodiment of a true “positive initiative”. He acknowledged the hard work that the centre is doing in order to change the lives of youth in Kliptown, and actively wondered whether this could be done in other regions on the continent.

The admirable work of Thulani and his peers shows that in Kliptown, Soweto, people are definitely hungry for change.

Join them and become part of the movement!